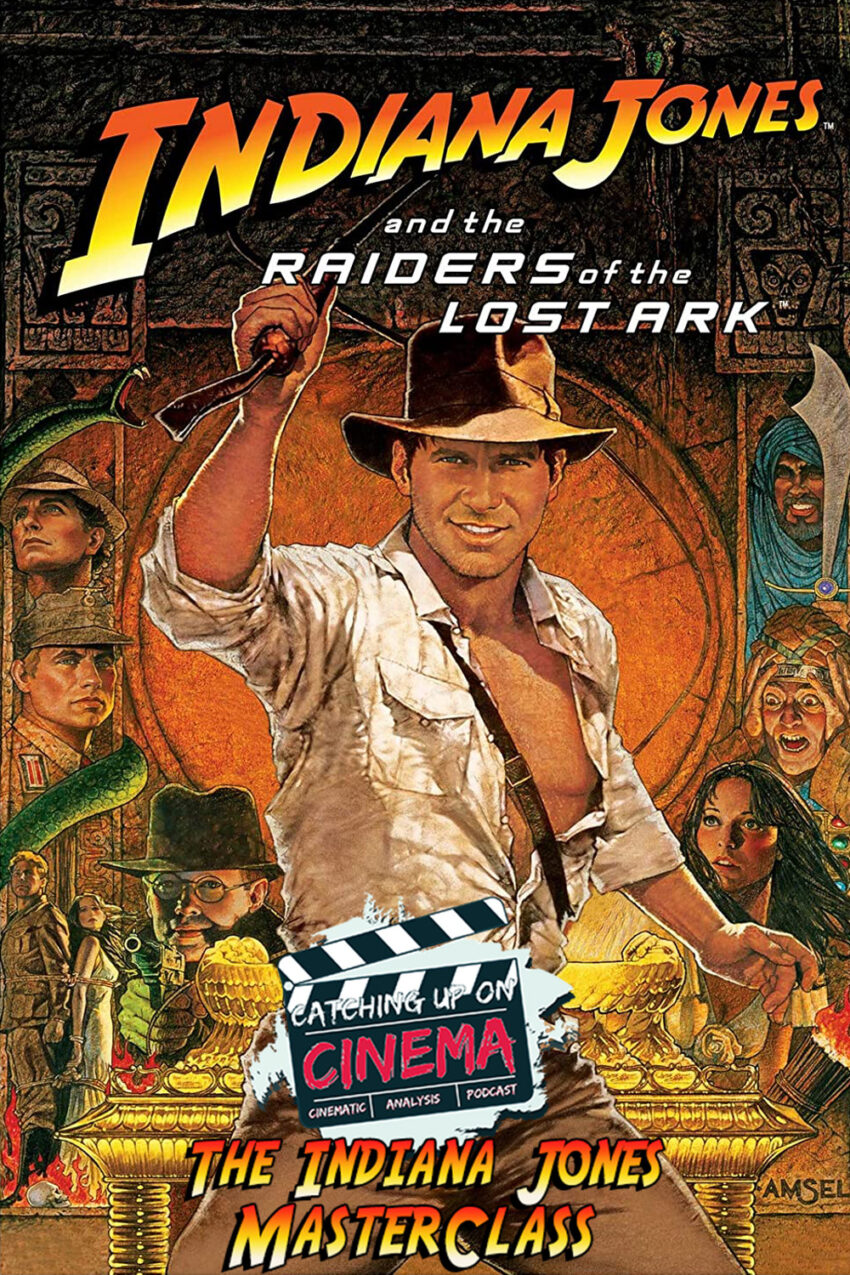 This month is “Masterclass Month” at Catching Up On Cinema!
All through September, we’ll be doing a deep dive on the Indiana Jones film series!

Created by George Lucas, directed by Steven Spielberg, scored by John Williams, and starring the inimitable Harrison Ford, the films (with the exception of the 4th entry in the series) are some of the finest action-adventure productions in cinema history.

Our Masterclass begins with a review of Raiders of the Lost Ark (1981), the film that would kickoff the franchise and introduce audiences to the instantly iconic figure of Harrison Ford’s Dr. Henry “Indiana” Jones.

Directed by Steven Spielberg at the urging of his friend and colleague George Lucas, the film also stars the likes of Karen Allen, Paul Freeman, and John Rhys-Davies.

A beloved action classic with near unparalleled momentum and pacing, the film would serve as host to some of the most innovative and daring stunt work of all time, instantly raising the bar for the genre and the craft.