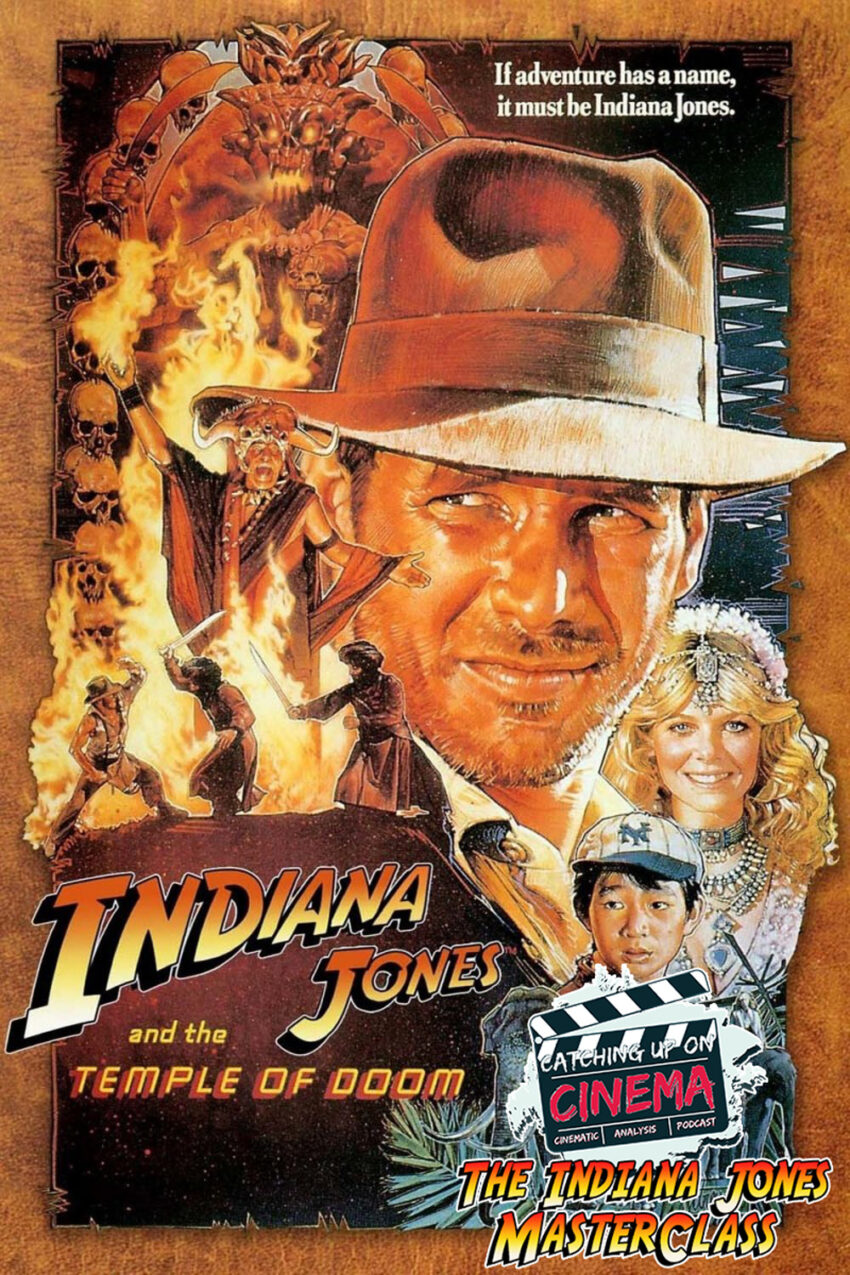 “The Indiana Jones Masterclass” continues at Catching Up On Cinema with Kyle and Trevor’s review of Indiana Jones and the Temple of Doom (1984)!

Once again directed by Steven Spielberg, scored by John Williams, and starring Harrison Ford as the iconic adventure hero, the film is technically a prequel to Raiders of the Lost Ark (1981), the first sequel in the franchise history, and the first film in the series to bear the “Indiana Jones” name in it’s title.
Conceived of and produced by George Lucas in the midst of an ugly divorce, the film is somewhat infamous for it’s dark tone and imagery in spite of it’s PG rating.
Oft regarded as the lesser of the original trilogy of Indy films, Temple of Doom turned a handsome profit in it’s original theatrical release, but is sadly regarded by it’s director as a bit of a misstep in his career, with the one indisputable positive coming out of the production being him meeting his future wife on the set.

Additionally, our cast of villains is rounded out by Roshan Seth as the less than threatening Chattar Lal and Amrish Puri as the formidable cult leader, Mola Ram.

Somewhat of a tonal mess of a film, Temple of Doom is nevertheless a very worthy and radically different sequel from Raiders, boasting some of the most impressively lit and constructed sets in the franchise, and an utterly relentless third act that sees the film tossing it’s script out the window in favor of pure, unfiltered, roller coaster action.

A lesser Indiana Jones film, but still better than many franchises’ best.