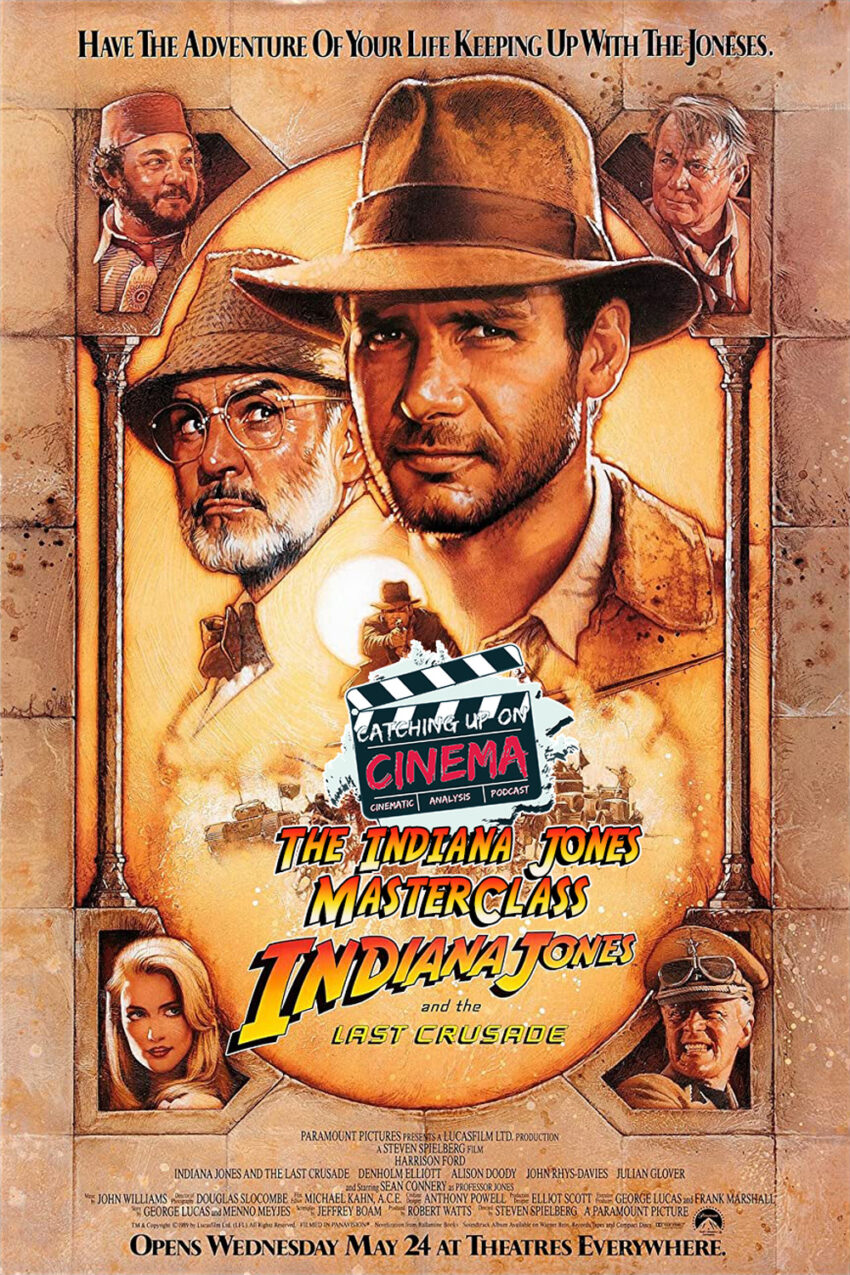 “The Indiana Jones Masterclass” continues at Catching Up On Cinema with Kyle and Trevor’s review of Indiana Jones and the Last Crusade (1989)!
Serving as the concluding chapter of the initial trilogy of Indiana Jones films, the Last Crusade once again reunites director Steven Spielberg, producer George Lucas, composer John Williams, and star Harrison Ford, for what is often regarded as the finest entry in the entire franchise.

More character and dialogue driven than previous films in the series, the movie has a brighter audio-visual texture to it that results in a more lighthearted and outright fun adventure than it’s grimmer and more violent predecessor, the Temple of Doom (1984).

In addition to Harrison Ford’s enthusiastic and subtly comic third at bat as Indy, the film also costars the legendary Sean Connery, playing against type as the bookish Henry Jones Sr., and also features the return of Denholm Elliott as Marcus Brody, and John Rhys-Davies as Sallah.

Intentionally structured to mirror many of the story and action beats of Raiders of the Lost Ark (1981), the film brings back the gleefully punchable Nazis of the first film, and subs snake pits for rat infested tombs, and protracted truck chases for equally protracted tankchases, though at no point does it feel like anything less than a worthy sequel to the nigh untouchable standards set by that film.

Probably the warmest and most eminently watchable of all the Indiana Jones films, the Last Crusade stands as one of the finest 3rdentries in all of film history.

A fitting review subject for Catching Up On Cinema’s 3rd year anniversary celebration.