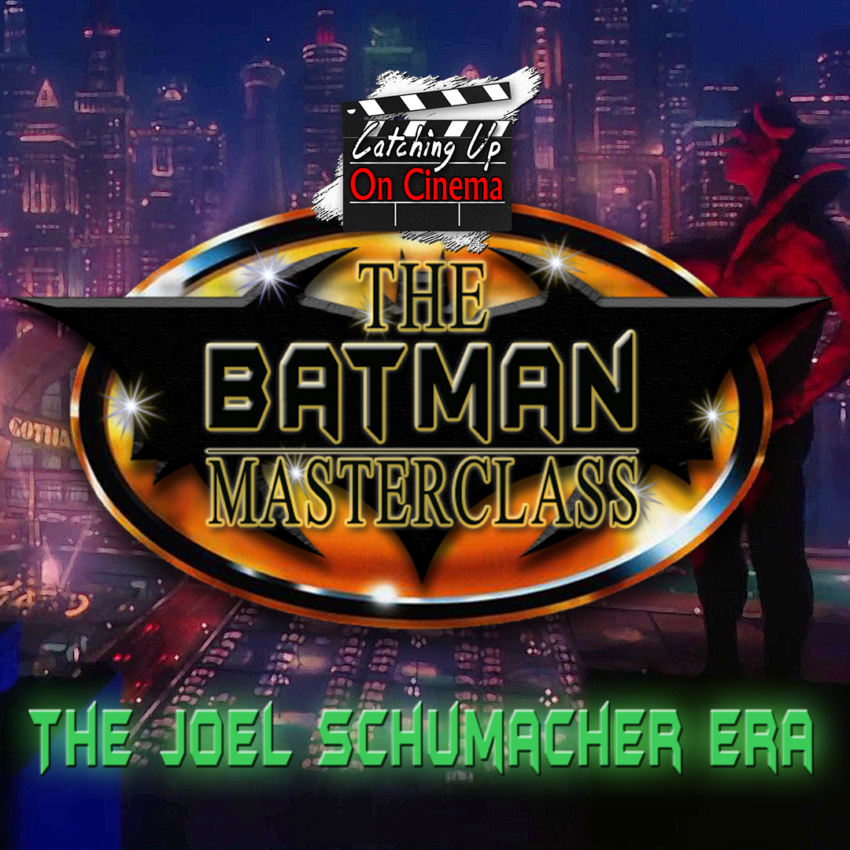 In this week’s installment of Catching Up On Cinema’s Batman Masterclass, we review the Joel Schumacher era of the franchise!

In the wake of thee critical and public dissatisfaction with unsettling imagery and tone of Tim Burton’s Batman Returns (1992), Warner Bros took steps to ensure that the mid-90’s represent a kinder, gentler era in the live-action film adventures of the Bat.

Riddled with subtext and aesthetic and directorial flourishes, both films are undeniably products of Schumacher’s creative hand and eye, however behind the scenes materials and interviews have since made it equally clear that Warner Bros and other vested parties were not prepared to offer him the same creative control that other directors of Batman would be afforded.