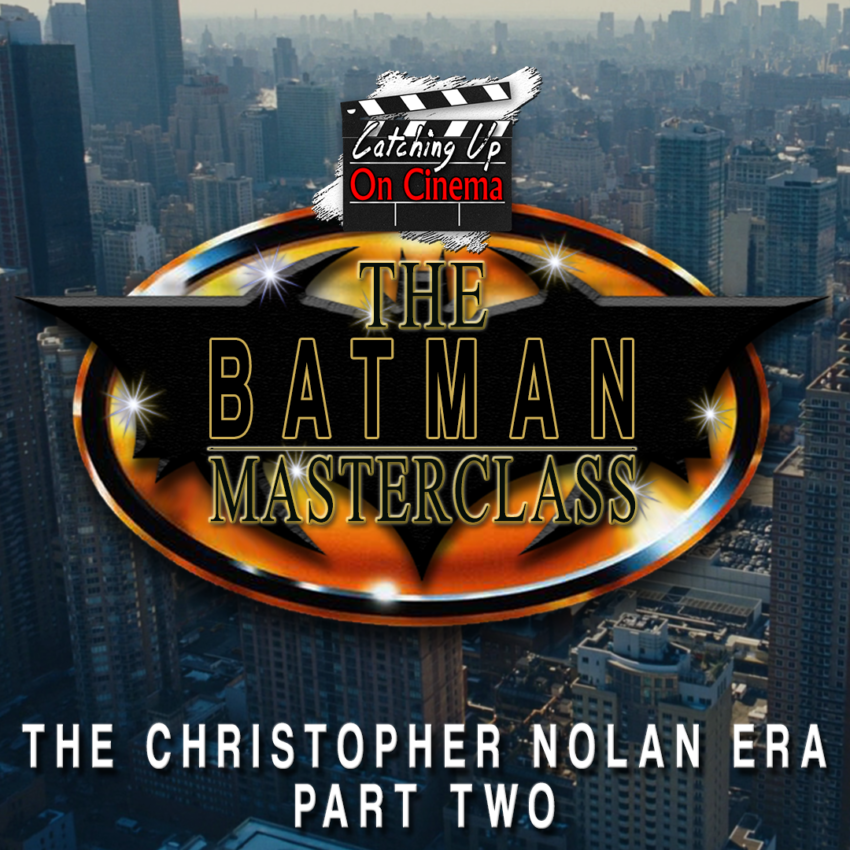 In this installment of Catching Up On Cinema’s Batman Masterclass, we review the final chapter in Christopher Nolan’s Dark Knight Trilogy, The Dark Knight Rises (2012).

Featuring the same cast and crew as the first two films in the series, the final chapter would see Tom Hardy, Anne Hathaway and Marion Cotillard join the main cast.

Despite working from a script that goes to great lengths to reference events and story threads featured in earlier chapters of the trilogy, the untimely death of Heath Ledger prior to the release of The Dark Knight (2008) resulted in a concluding chapter that is both unwilling and unable to acknowledge the most dynamic and revolutionary elements of it’s predecessor.

A sprawling, messy, and overly ambitious film, both in terms of scope and execution, the The Dark Knight Rises is very likely the least of Nolan’s trilogy, however Tom Hardy’s Bane is no less an iconic performance than Ledger’s Joker, and the first half of the film is well-paced and full of terrific action set pieces.

A frustrating and muddled conclusion, but one that I find myself constantly re-watching, over and over again.