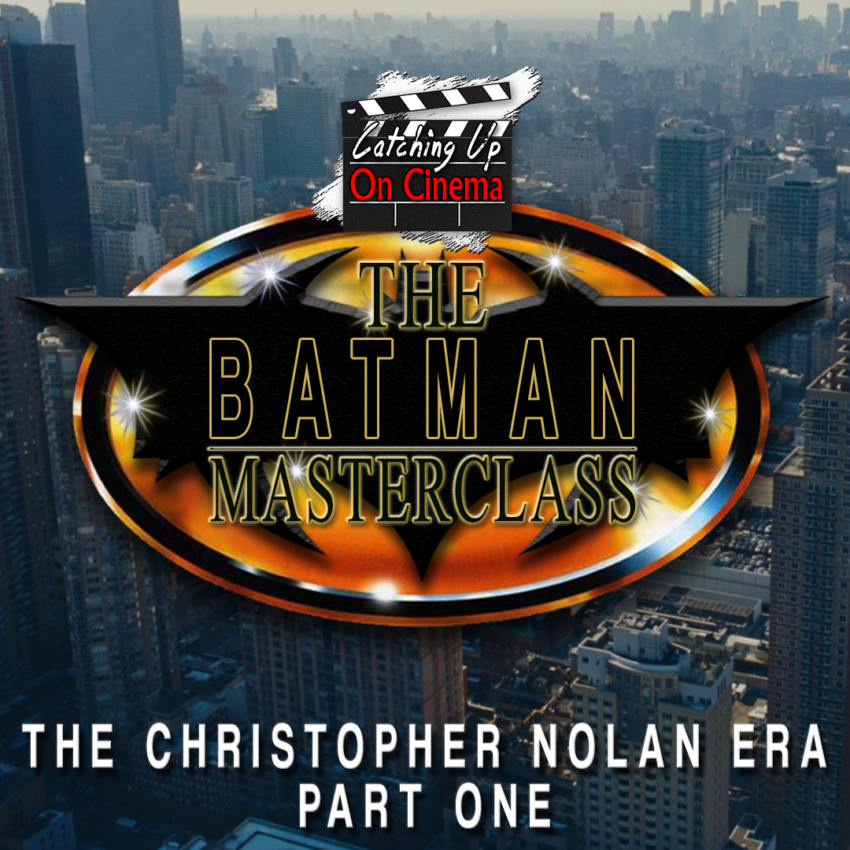 In this week’s installment of Catching Up On Cinema’s Batman Masterclass, we review the Christopher Nolan era of the franchise!

With Joel Schumacher’s Batman and Robin (1997) representing a critical low point for the series (and the superhero film genre in general), any potential for Schumacher having a third at-bat with the franchise was tossed out the window, and the caped crusader would not be allowed another silver screen adventure for nearly a decade.

In the absence of the caped crusader however, the late-90’s, beginning with Blade (1998) and X-Men (2000), would serve as the origin point for the age of superhero films we currently find ourselves in.

With the public clamoring for more costumed heroes, Warner Bros. would contract auteur filmmaker Christopher Nolan to resurrect the Bat in 2005 along with actor Christian Bale assuming the cape and cowl.

The first of the series to explicitly detail the life’s journey of Bruce Wayne from childhood to masked crimefighter, the film’s stunning cinematography, lively editing, and generally more serious tone would prove to be a success that would result in an entire trilogy of films:

In this, the first of two episodes exploring Nolan’s Dark Knight Trilogy, we review the first 2 films in the series.