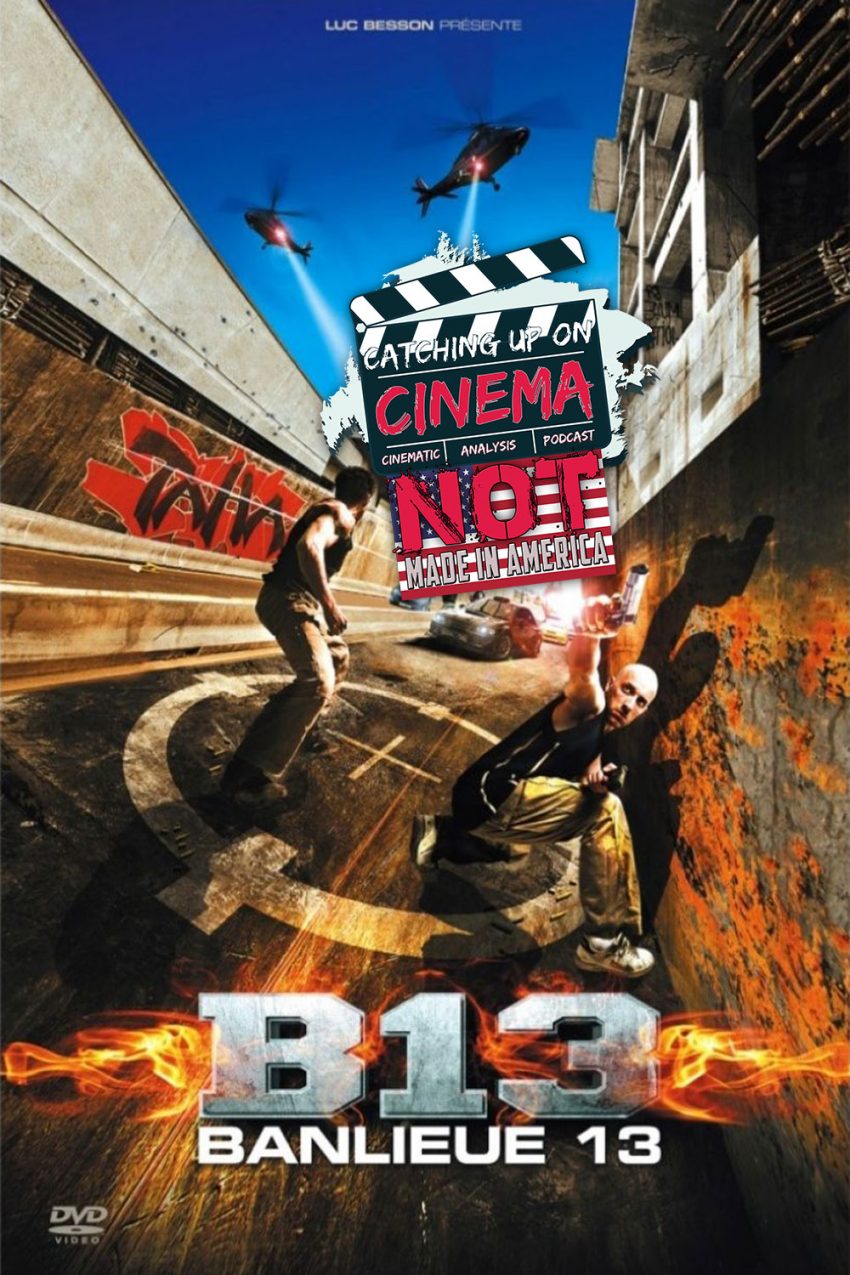 This week, Trevor forces Kyle to join him in reviewing Pierre Morel’s, District B13 (2004)!

The feature directorial debut of Luc Besson protege Morel, this French import is notable for serving as one of the earliest and most prominent showcases of parkour in mainstream film.

Starring one of the founders of the art form, David Belle, as well as fellow as traceur and stunt maestro Cyril Raffaelli, the film is lean, fast paced, and occasionally breathtaking in instances where the dialogue takes a backseat to acrobatics and techno music.

While far from perfect, and difficult to recommend to all but the most ardent of action movie fans, the film is nevertheless memorable as an important bullet point in the history and progression of trends mid-2000’s action cinema.