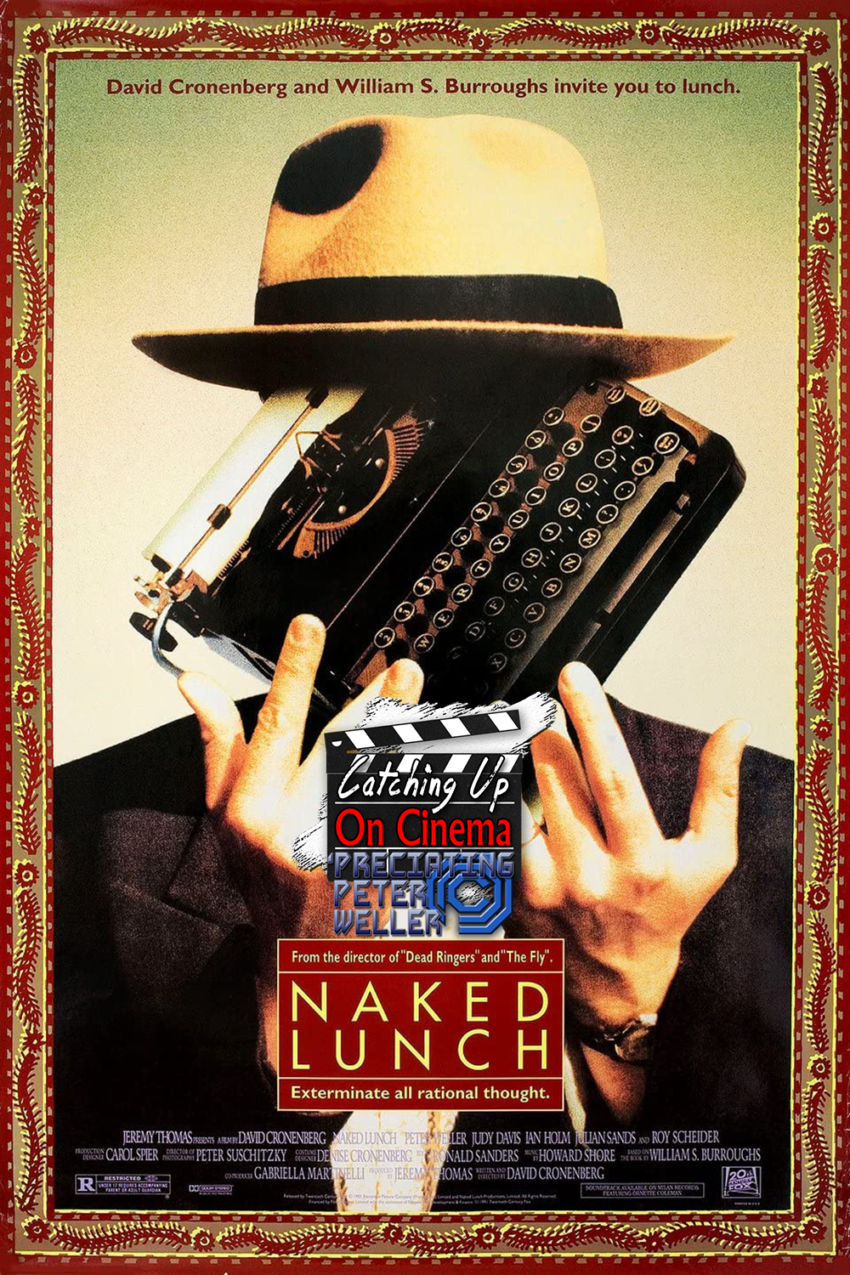 In the final episode of Catching Up On Cinema’s ‘Preciating Peter Weller month, Kyle and Trevor sit down to review David Cronenberg’s bizarre masterpiece, Naked Lunch (1991)!

Adapted from the literary works and life of Beat Generation author William S. Burroughs, the film is a strange and occasionally barely comprehensible journey into the drug addled fever dreams of a troubled man in troubled times.

Confidently directed by Cronenberg (who also wrote the film), the movie contains many of the images and set pieces one would expect from the master of “body horror”, however the film’s challenging and dreamlike editing style may it’s most noteworthy characteristic.

Fearlessly acted by a cast of notables including the likes of Judy Davis, Ian Holm, and Roy Scheider, the film is certainly not everyone’s cup of tea, however it very much earns it’s place among the Criterion collection.