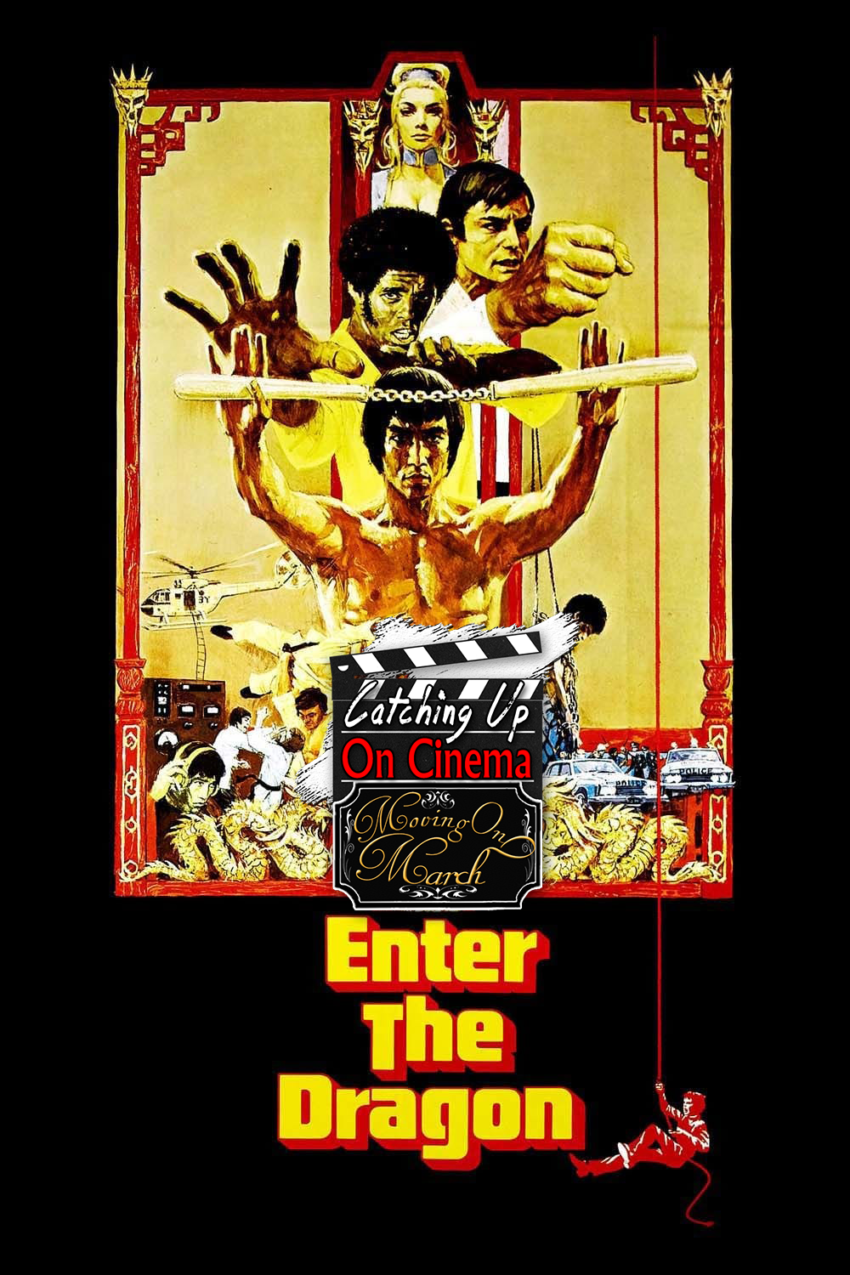 In the final episode of Catching Up On Cinema’s “Moving On March” event month, Trevor has Kyle sit down to watch his FIRST Bruce Lee movie ever, Enter the Dragon (1973)!

Directed by Robert Clouse, the film is the last (completed) and most culturally significant film in the career of the Chinese-American martial arts icon, Bruce Lee.

Co-starring John Saxon and featuring the debut performance of Jim Kelly, as well as featuring cameos from Jackie Chan, Sammo Hung and Yuen Biao, Enter the Dragon is one of most influential films to come out of the martial arts subgenre.