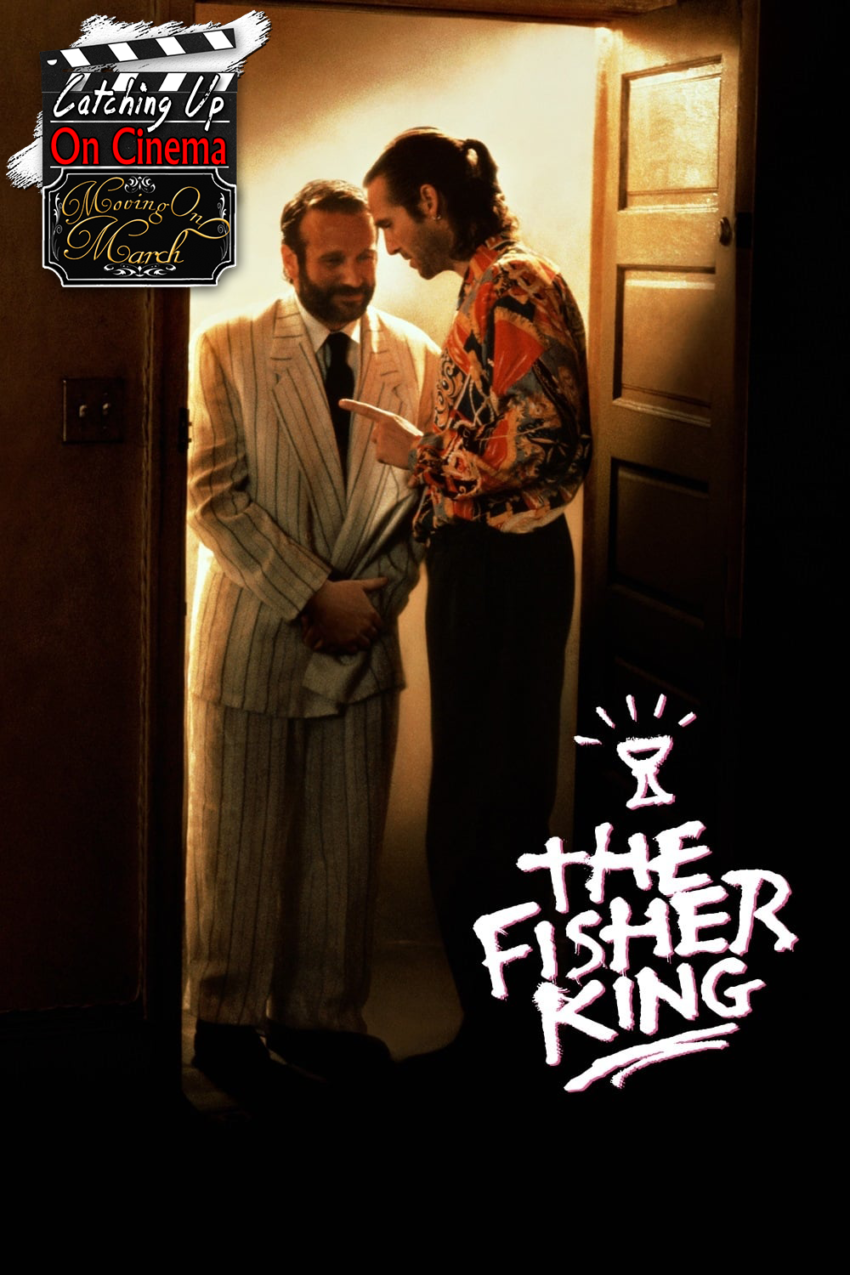 “Moving On March” continues at Catching Up On Cinema, as dip our toes into the illustrious filmography of the late Robin Williams in a form of a review of The Fisher King (1991)!

In addition to stellar cast consisting of the likes of Jeff Bridges and Mercedes Ruehl, the film is directed by Terry Gilliam and is possessed of all the whimsical and aesthetic flair that has long been his trademark.

While far from a career defining role, Robin Williams gives a multilayered and heart filled performance in the film that demonstrates his tremendous versatility as an actor.