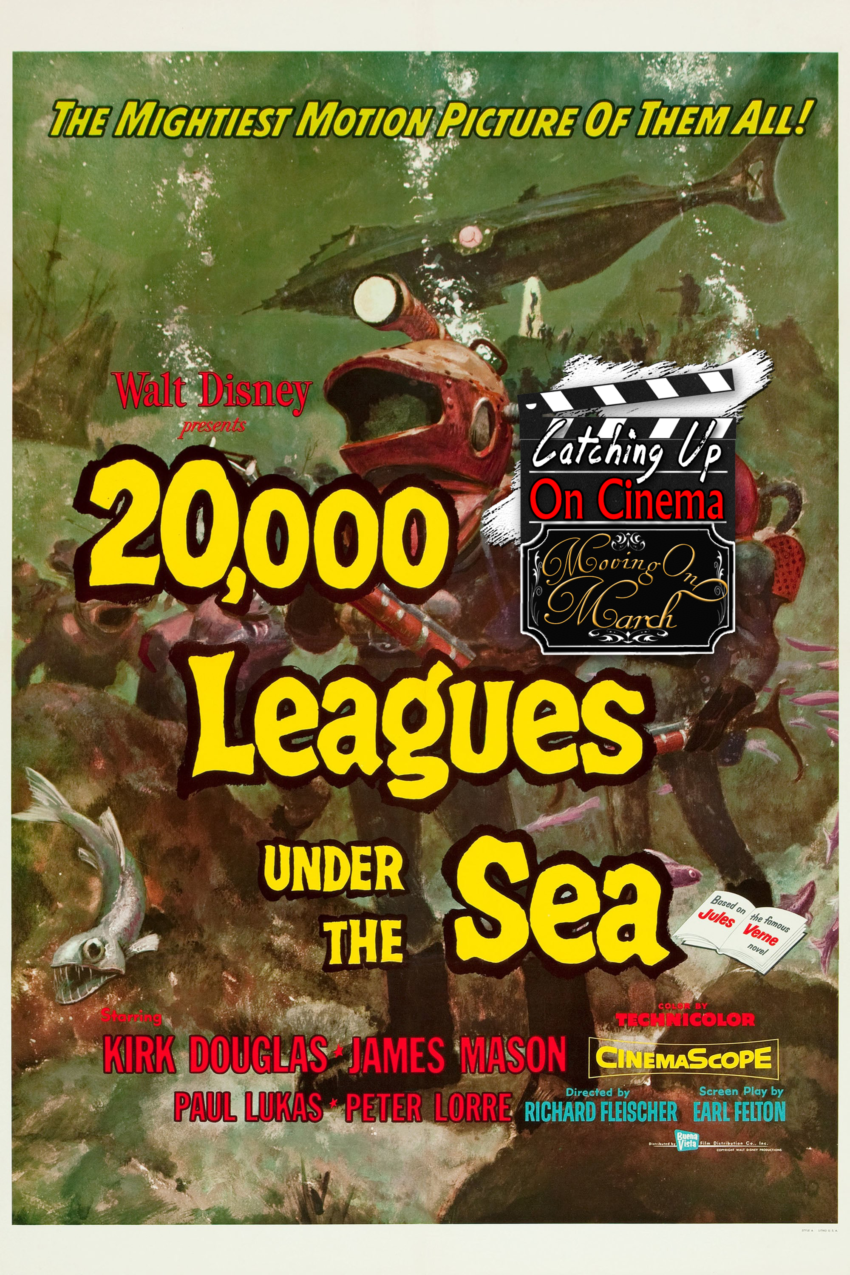 Catching Up On Cinema’s “Moving On March” event month continues with a celebration the life and career of the late Kirk Douglas via a review of Walt Disney’s 20,000 Leagues Under the Sea (1954)!

A favorite of Trevor’s early childhood, the movie features Academy Award winning special effects, as well as several iconic performances and sequences that should be seen by any film connoisseur.