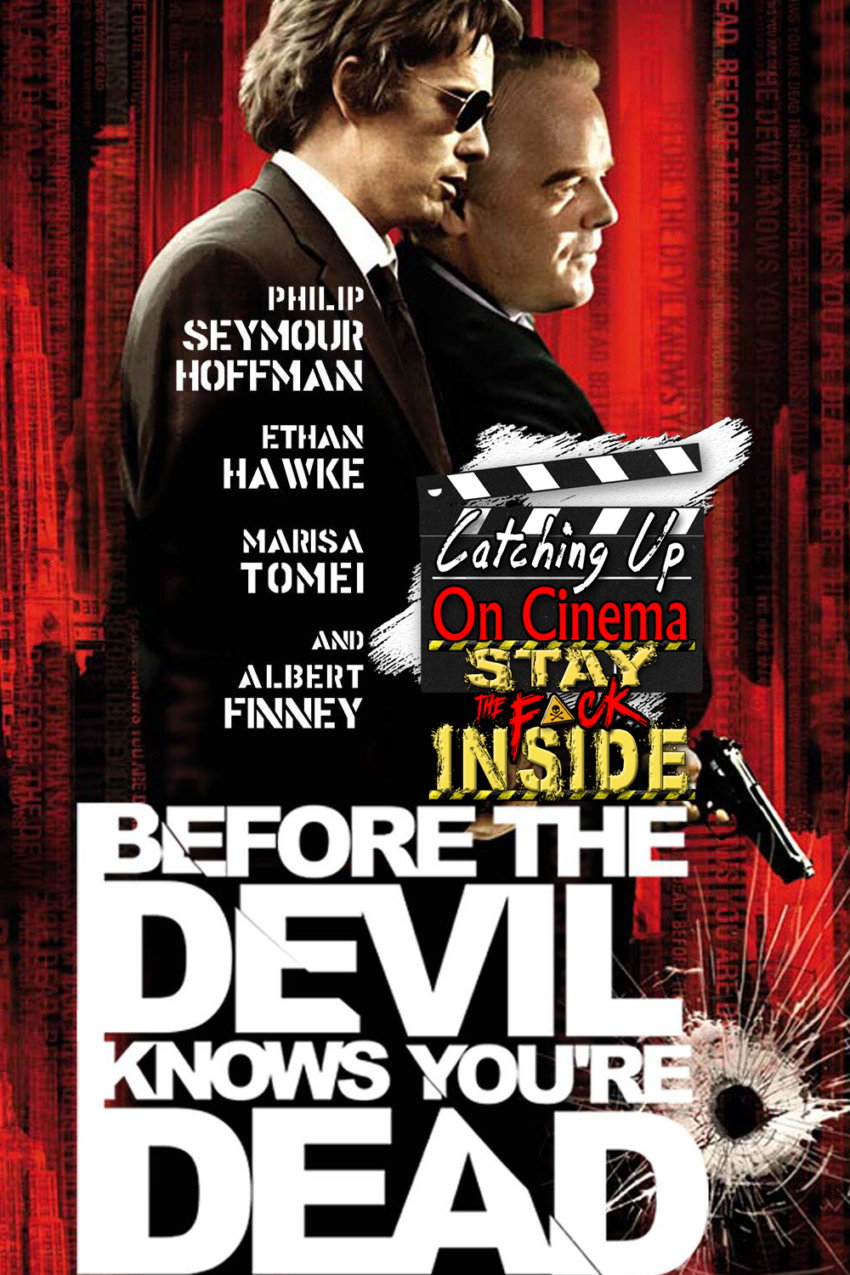 Catching Up On Cinema’s “Moving On March” event continues with a look at Sidney Lumet’s brutal family drama, Before the Devil Knows You’re Dead (2007)!

Directed by Sidney Lumet, and starring Philip Seymour Hoffman, Ethan Hawke, and Albert Finney, the film is a detailed and skillfully constructed look at the utter destruction of a family.

The film carries an off-kilter, Coen-esque atmosphere that gives the proceedings a feeling of grim, inevitable, weight, that is not for the faint of heart.

An excellent film, crafted by an expert director working with some of the best actors of their respective generations.