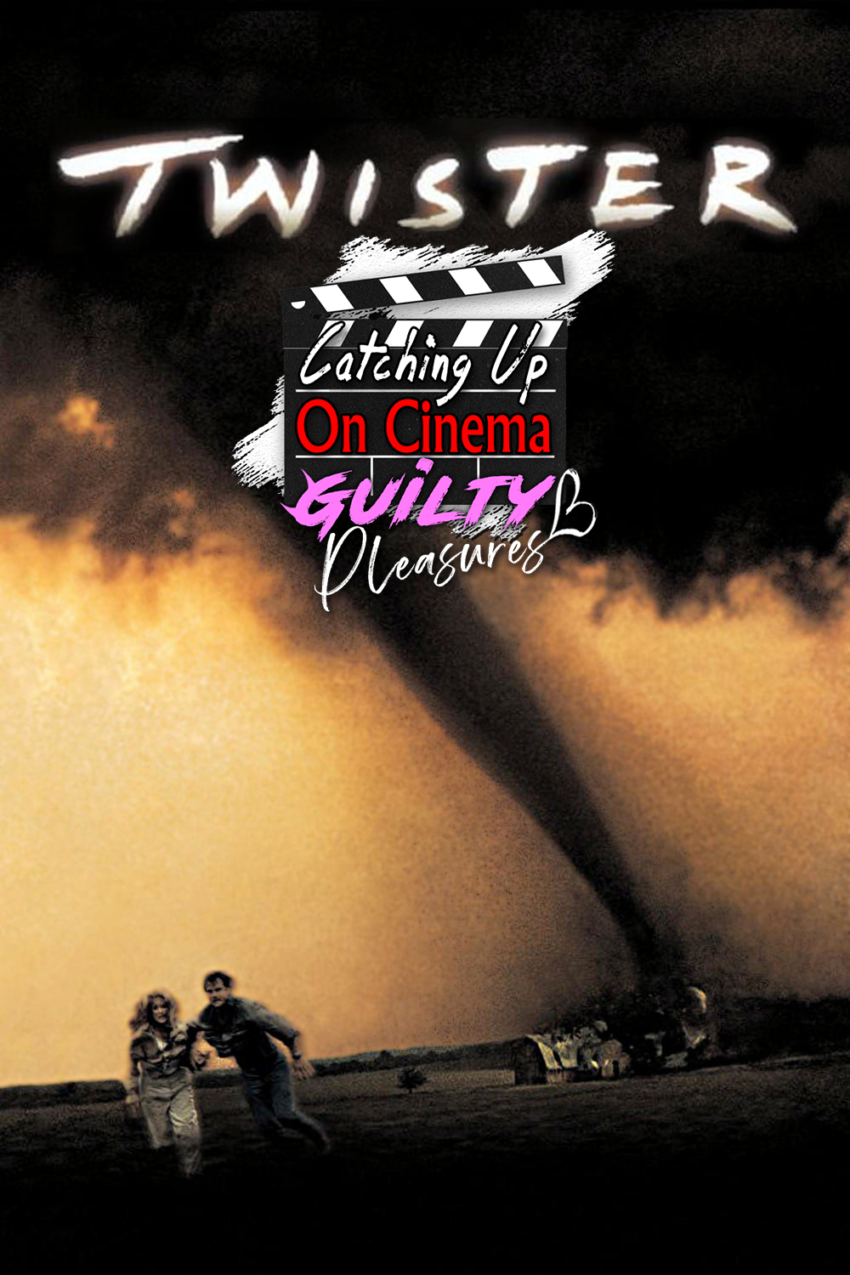 In this week’s installment of Catching Up On Cinema’s “Guilty Pleasures” event month, Kyle has Trevor sit down to take a look back at Jan De Bont’s computer effects showcase, Twister (1996)!

Starring Bill Paxton, Helen Hunt, Philip Seymour Hoffman and a veritable who’s who of 90’s character actors, the film is a briskly paced natural disaster flick that boasted some of the finest and most ambitious CGI effects of it’s day.

Executive produced by Steven Spielberg, written by Michael Crichton and Joss Whedon, and scored by Marc Mancina, Twister was a massive event film that stands as one of the standouts of the modern disaster movie subgenre.