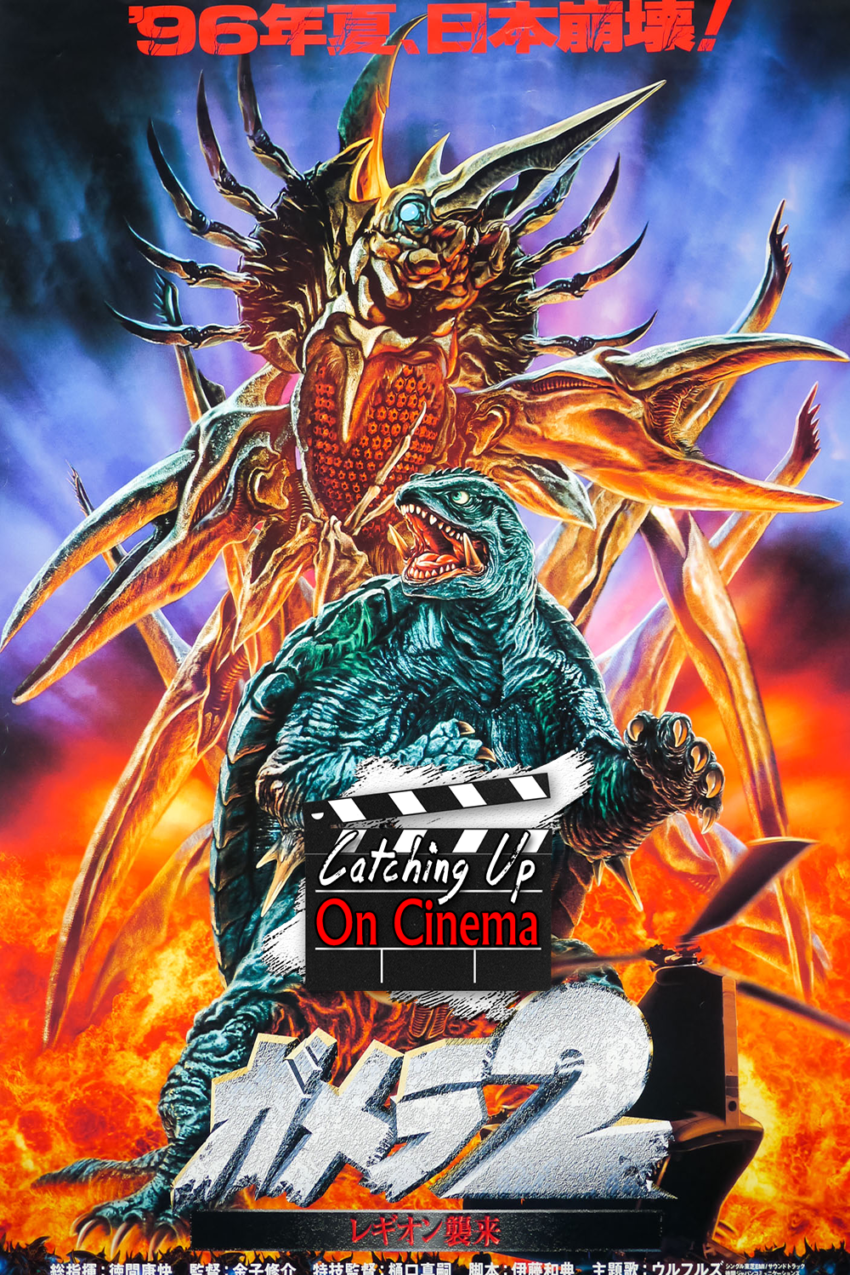 It’s the first week of December, which means it’s time to review some wintery and vaguely holiday related films!

First up this month is the 2nd in Shusuke Kaneko’s Heisei era trilogy, Gamera 2: The Advent of Legion (1996)!

Briskly paced and cleverly shot and edited, the film is among the very best of the daikaiju subgenre of Japanese sci-fi.

Okay, so maybe the first movie this month has essentially nothing to do with the holidays, but at the very least the film contains a handful of scenes shot in the snow.