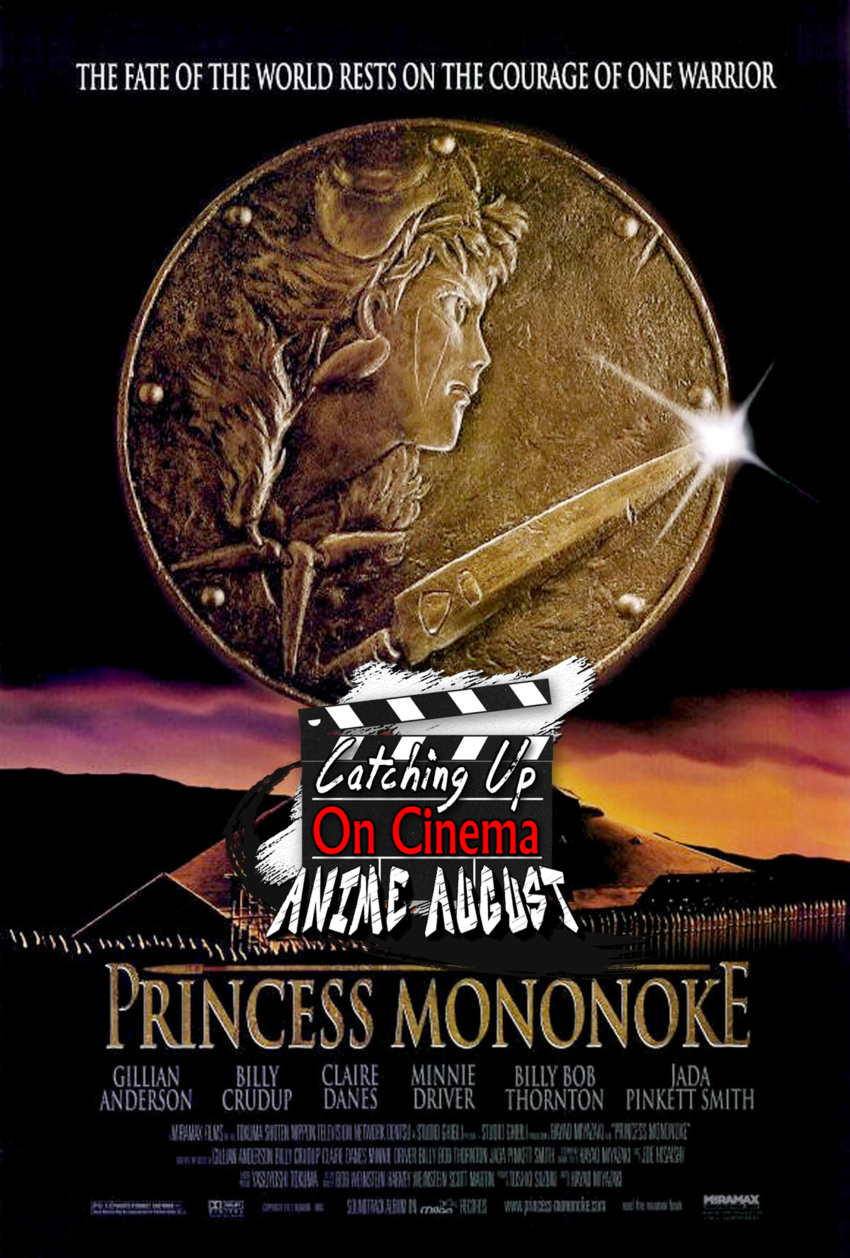 In this, the third installment in Catching Up On Cinema’s “Anime August,” Trevor has Kyle view the critically acclaimed Princess Mononoke (1997)!

Animated by Studio Ghibli and directed by one of the most famous and influential of anime directors, Hayao Miyazaki, the film represents one of the earlier success stories in the realm of mainstream success for the medium worldwide.

Set in the Muromachi era of feudal Japan, the film is an aesthetic wonder, featuring luscious background paintings and lovingly detailed, hand-drawn animation throughout the entirety of it’s (considerable) 134 minute run time.