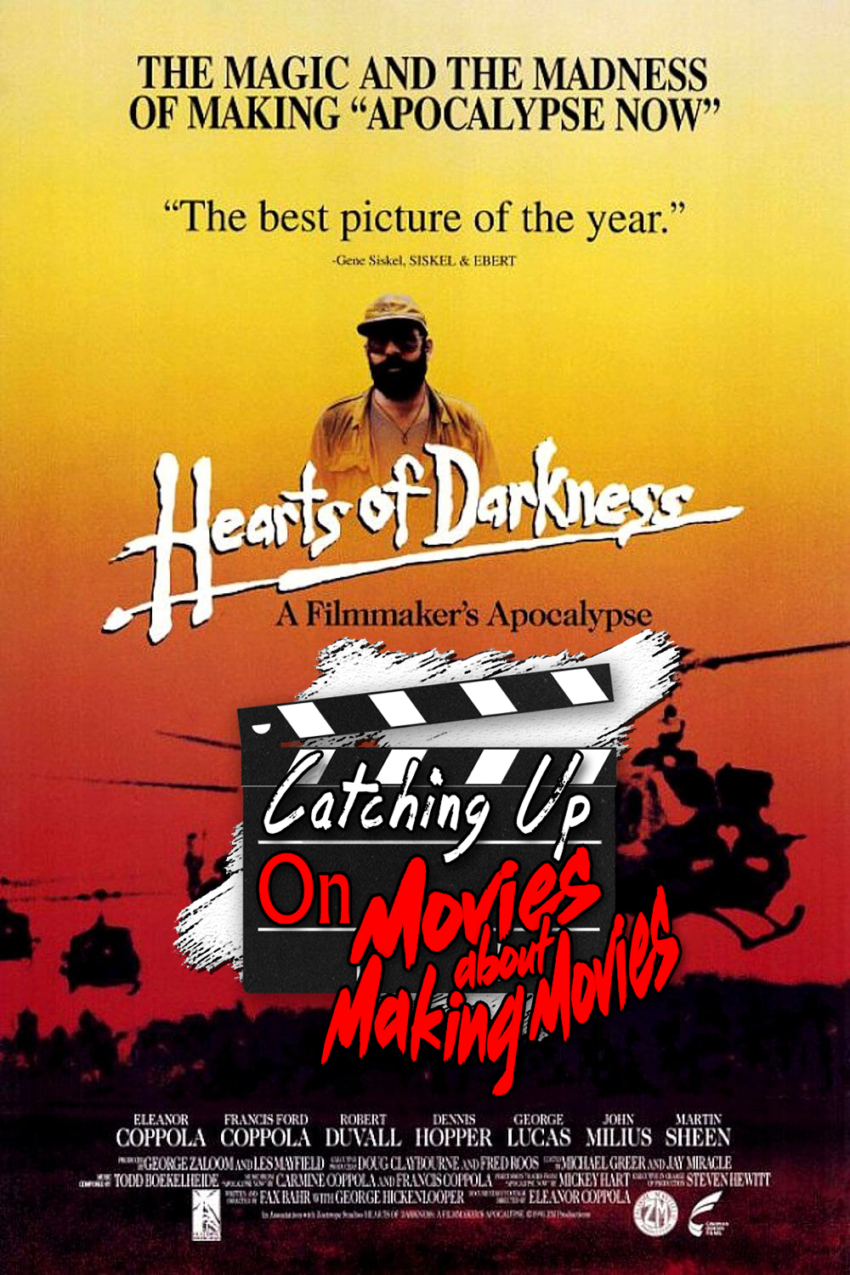 This July is “Movies About Making Movies” month at Catching Up On Cinema!

Kyle’s first pick for this month is the critically acclaimed documentary, Hearts of Darkness: A Filmmaker’s Apocalypse (1991)!

Telling the tale of Francis Ford Coppola’s infamously troubled production of Apocalypse Now (1979), the documentary is often cited as an example of a behind-the-scenes tale that may potentially eclipse the film it’s based around in terms of entertainment value.

Featuring interviews with most of the major players involved in the production of the film, including Coppola and his wife, Martin Sheen, and Dennis Hopper, the documentary is easily one of the best movies about the making of a movie that you’ll ever see.