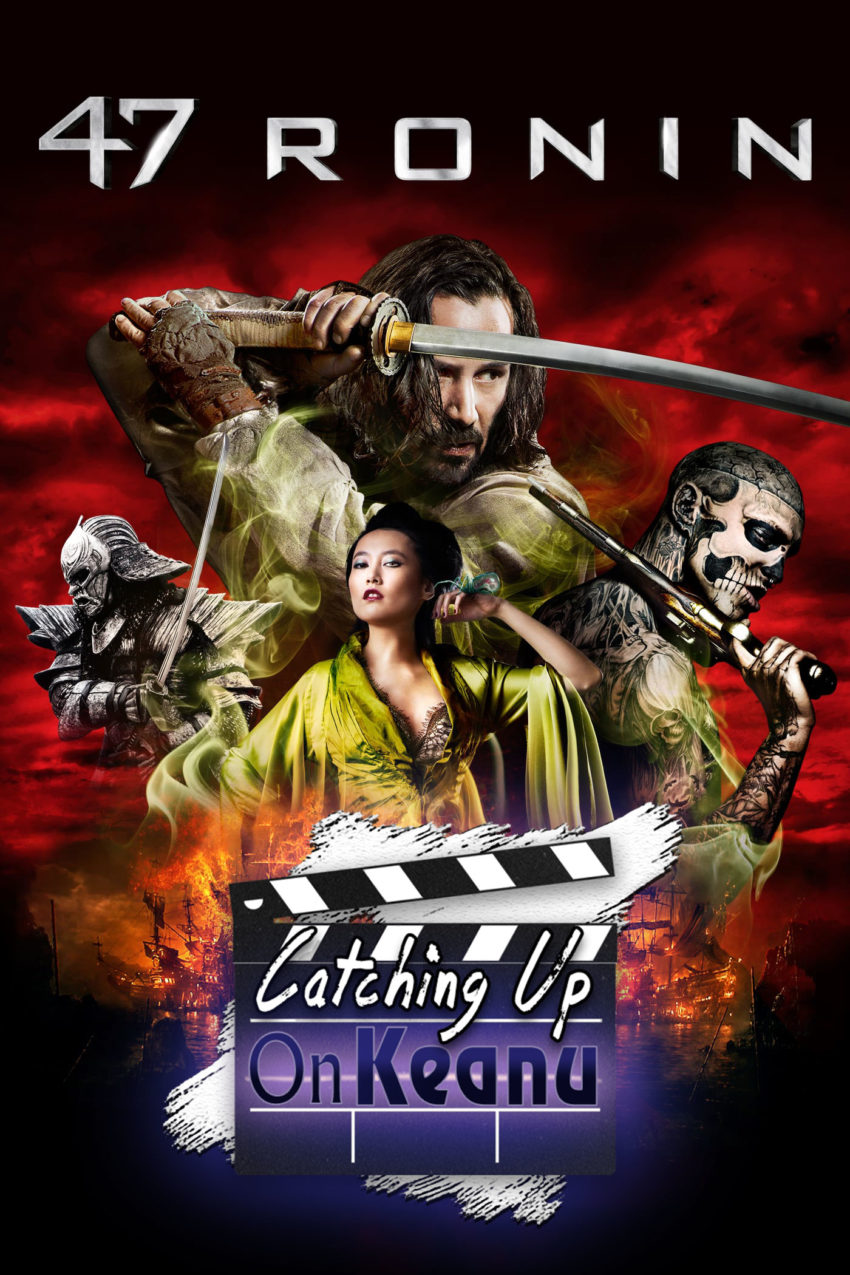 Catching Up On Keanu month draws to a close as Kyle has Trevor sit down to watch Carl Rinsch’s universally reviled pseudo-Japanese fantasy action flick, 47 Ronin (2013)!

A troubled production that saw the woefully inexperienced director removed from the project in it’s post-production stages, the film represents the perfect storm of a bad script, given to painfully untalented director gifted with far too generous a budget.

Keanu as a hapa samurai that is generally kind of a dick and has the superpower of being able to move at slightly above average speeds!

Hiroyuki Sanada as the coolest person in the movie that gets far too little screentime!

Tadanobu Asano and Rinko Kikuchi as the 2nd and 3rd coolest people in the movie with nothing to do!

Cary Hiroyuki Tagawa as a lord presiding over a tournament, and he DOESN’T yell “YOUR SOUL, IS MINE!”???

Silver Samurai! Tattoo Man that ALL OVER the marketing and appears in one scene! Gedde “Long Duk Dong” Watanabe!?