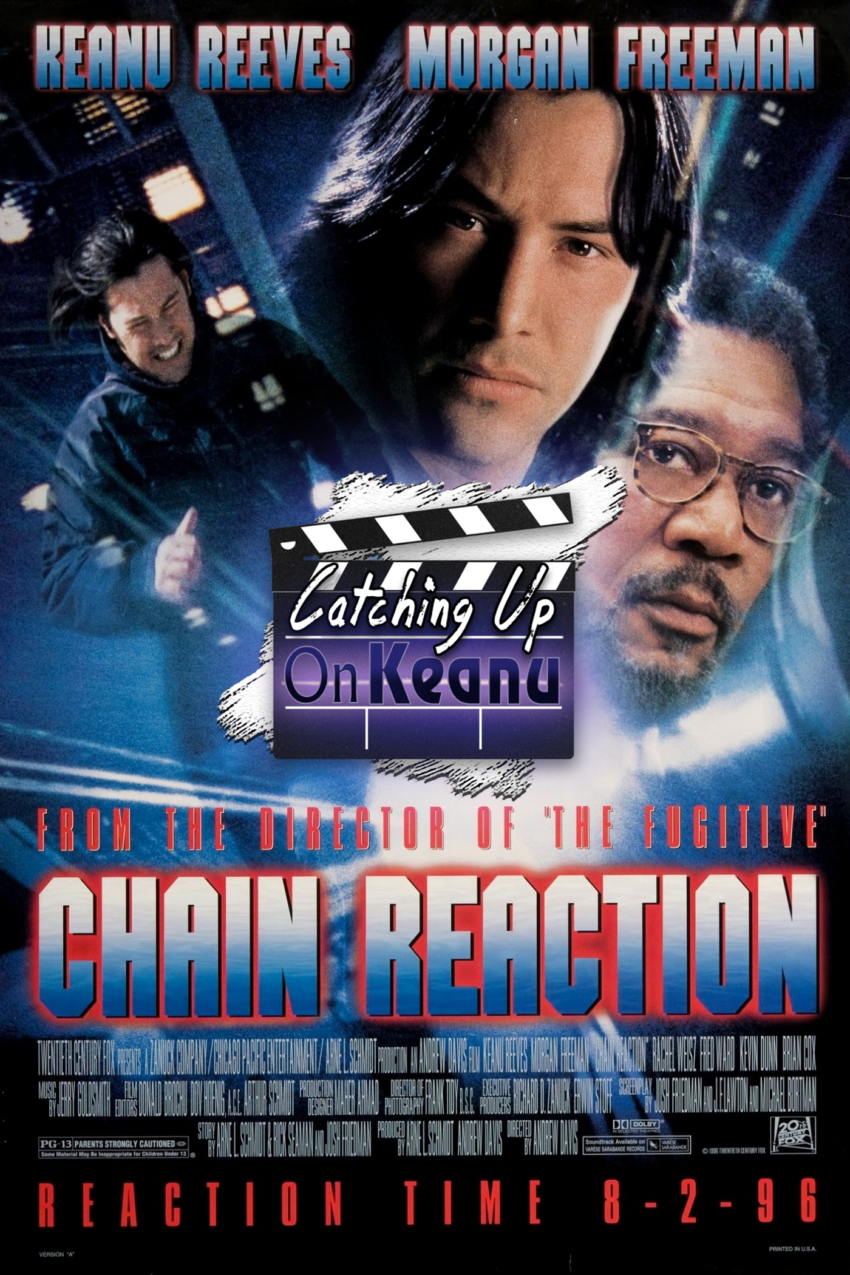 In this 2nd installment in our “Catching Up On Keanu” month, Kyle selects the 1996 action-thriller, Chain Reaction (1996)!

Directed by prolific action director Andrew Davis, the film is a rather conventional thriller in the tradition of films such as The Fugitive (which was also directed by Davis) and The Net.

Starring Keanu Reeves as a physicist/machinist/musician, Rachel Weisz as his main squeeze, and Morgan Freeman as the friendliest morally dubious bad guy(?) in cinema history, the movie is largely average, but very nostalgic for those us who were young during this particular era in action movie history.

Baby Rachel Weisz as the most delightful drunk in cinema history!

Brian Cox, flaunting his impeccable Southern accent and giving Steven Seagal a run for his money in the “Worst Run in Cinema History” competition!

And a welcome cameo from a very young and spindly Michael Shannon as a flower delivery man!