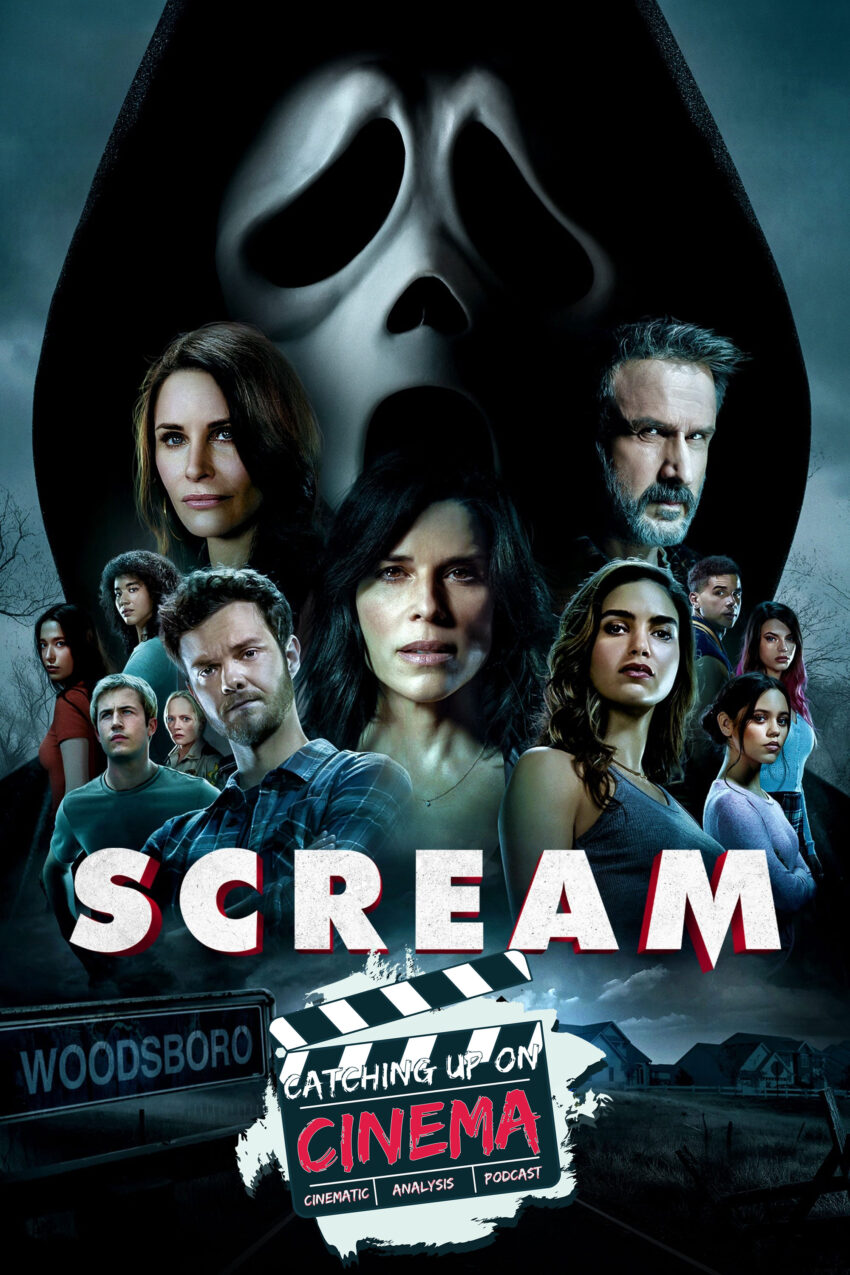 The first of the series to not be directed by horror icon Wes Craven, Scream 2022 is the fifth and most recent entry in the long running slasher franchise.

Heralded for it’s novel mix of comedy, horror, and self-aware meta commentary regarding the slasher genre, the Scream series is an exceptional and innovative mainstream horror franchise.

Remarkably consistent in it’s quality of production and entertainment value, (aside from a slight speed bump in the form of Scream 3) Wes Craven’s tenure is largely devoid low points.

While the absence of Craven and series writer and steward Kevin Williamson are most certainly felt upon viewing Scream 5, the film largely manages to live up to the long legacy of the franchise.

Following suit with the current trend of launching a new cast of characters by pairing them up with legacy players from years and films past, Scream 5 only real glaring liability comes in form of it’s new faces sadly failing to impress amid frequent nostalgia pops spawned from witnessing the originals strut their stuff.

Wes Craven continues to be missed, and Scream 5 is worse for it, however I’m pleased to know that the latest film in the series follows suit by being a solid contemporary slasher/whodunit with some innovative ideas and something to say.