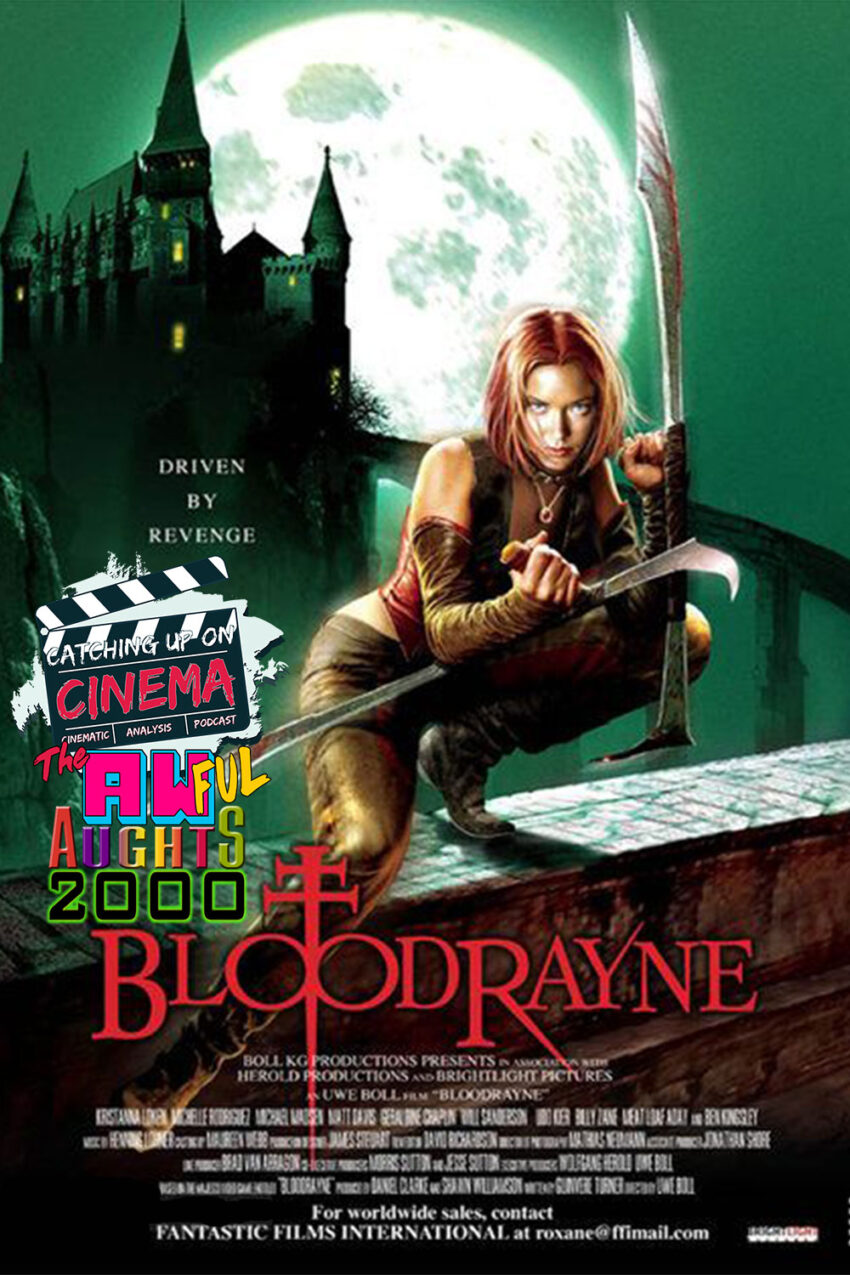 This April at Catching Up On Cinema, we’ll be scraping the bottom of the barrel and reviewing “The Awful Aughts”!
This week Trevor is joined by Harrison and Jordan from the Grief Burrito podcast to review infamous director Uwe Boll’s, BloodRayne (2005)!

An adaptation of the mildly successful video game property of the same name, the film attempts to cash in on 2 separate trends that were fairly popular through the 2000’s, namely video game movies, and leather bound, female headlined action films.

Featuring director Boll’s signature style of a rushed and incoherent narrative coupled with an inexplicably notable ensemble cast of actors, the film is often regarded as one of the better overall effort’s among his loathsome filmography.