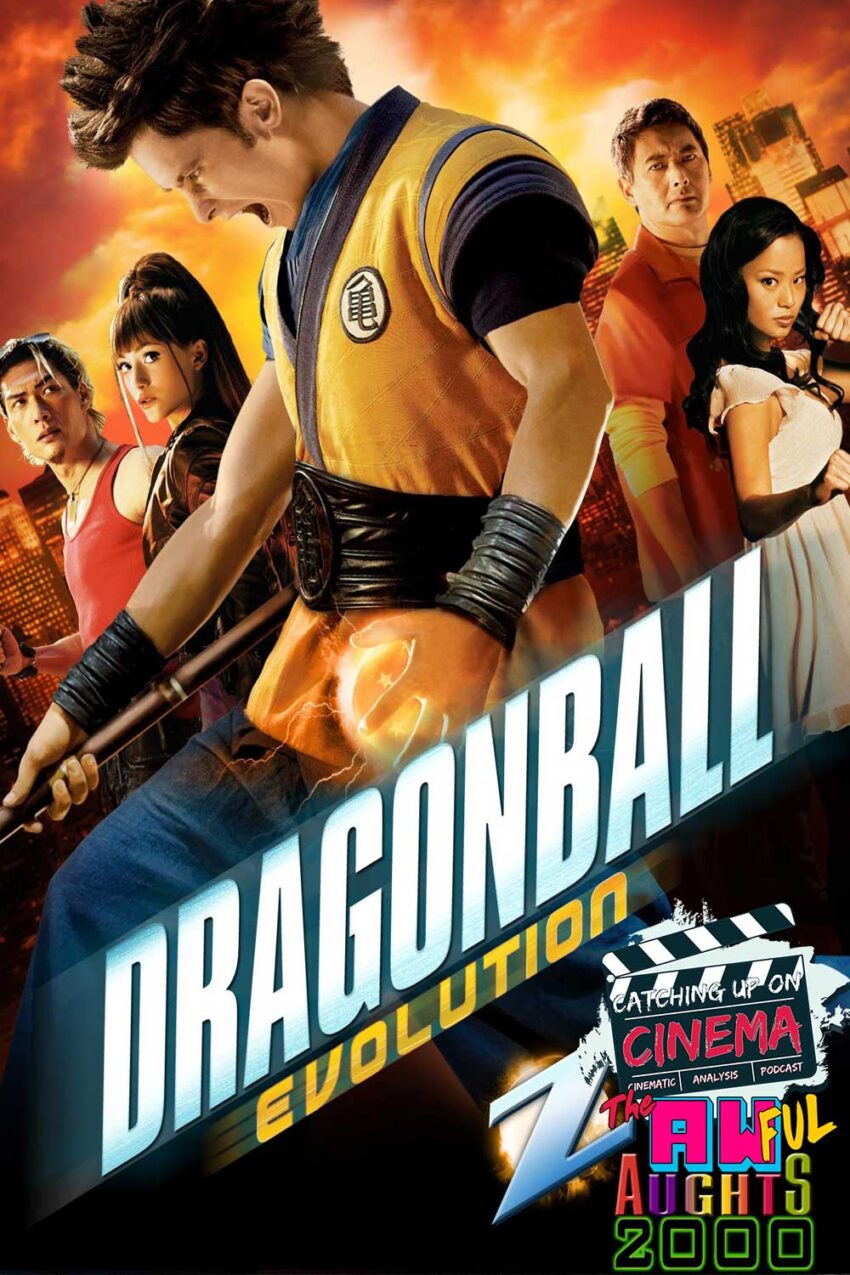 This April at Catching Up On Cinema, we’ll be scraping the bottom of the barrel and reviewing “The Awful Aughts”!
This week Trevor, Kyle and Nik sit down to review James Wong’s, Dragonball Evolution (2009)!

Based on Akira Toriyama’s beloved manga, the film serves are one of the earliest examples of a live-action anime adaptation.

Critically panned, and a financial failure, the film is an ugly and lifeless affair, utterly devoid of any of the spirit and charm of it’s source material.

Released several years too late to capitalize on the peak of Dragonball Z’s popularity in the U.S., the film curiously eschews referencing or including many of the more popular elements of the source material, resulting in a film that fails at delivering even the most basic of fanservice pops.