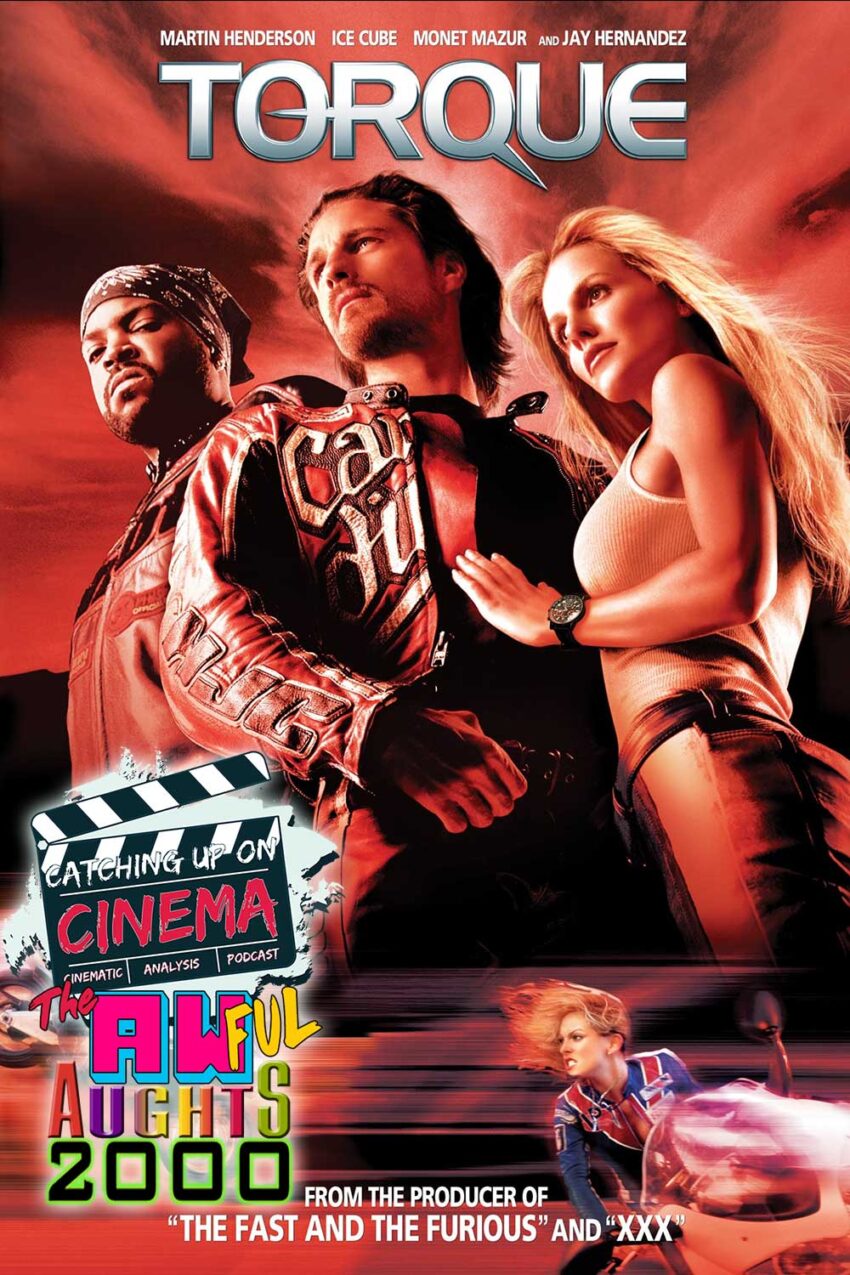 This April at Catching Up On Cinema, we’ll be scraping the bottom of the barrel and reviewing “The Awful Aughts”!
This week Trevor and Kyle review Joseph Kahn’s, Torque (2004)!

A motorcycle themed action film from one of the producer’s of The Fast and the Furious films, Torque is a delightfully gaudy distillation of some of the uglier visual and action choreography trends of the aughts.

Directed by highly acclaimed music video director Kahn, the film is highly ambitious in it’s action design and editing, boasting some stunts and shots that are laudable in their creativity and absurdity.

Terribly acted, and often hideous to look at, Torque nevertheless proves to be a highly entertaining and nonsensical actioner, offering  both ironic and sincere thrills in equal measure.