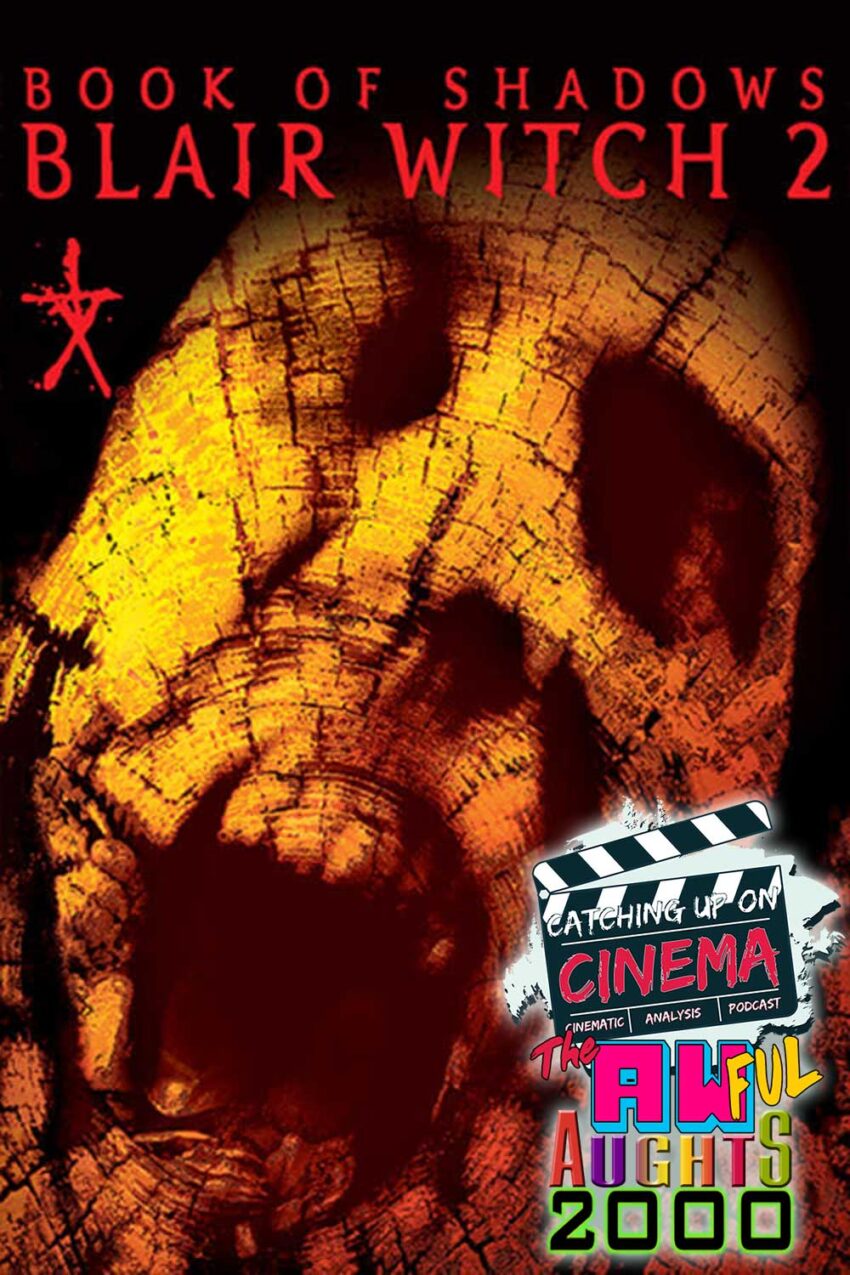 This April at Catching Up On Cinema, we’ll be scraping the bottom of the barrel and reviewing “The Awful Aughts”!
Every week this month, we’ll be reviewing crappy movies from the 2000’s, beginning with Joe Berlinger’s, Book of Shadows: Blair Witch 2 (2000)!

An ill-conceived follow up/cash-in of the massively successful The Blair Witch Project (1999), the film is notorious for being a rushed, confusing, messy, and moreover quite boring horror sequel.

While well acted and possessed of a couple of good ideas, the film is edited in a borderline incomprehensible manner, and sadly lacks any real teeth or punch, resulting in a sloppy film that offers very little logic or subtlety when it comes to it’s core mystery.

Sadly, due to a technical issue, Trevor’s audio was lost during the initial recording session with Kyle, resulting in this episode being a truncated, solo offering from Trevor.