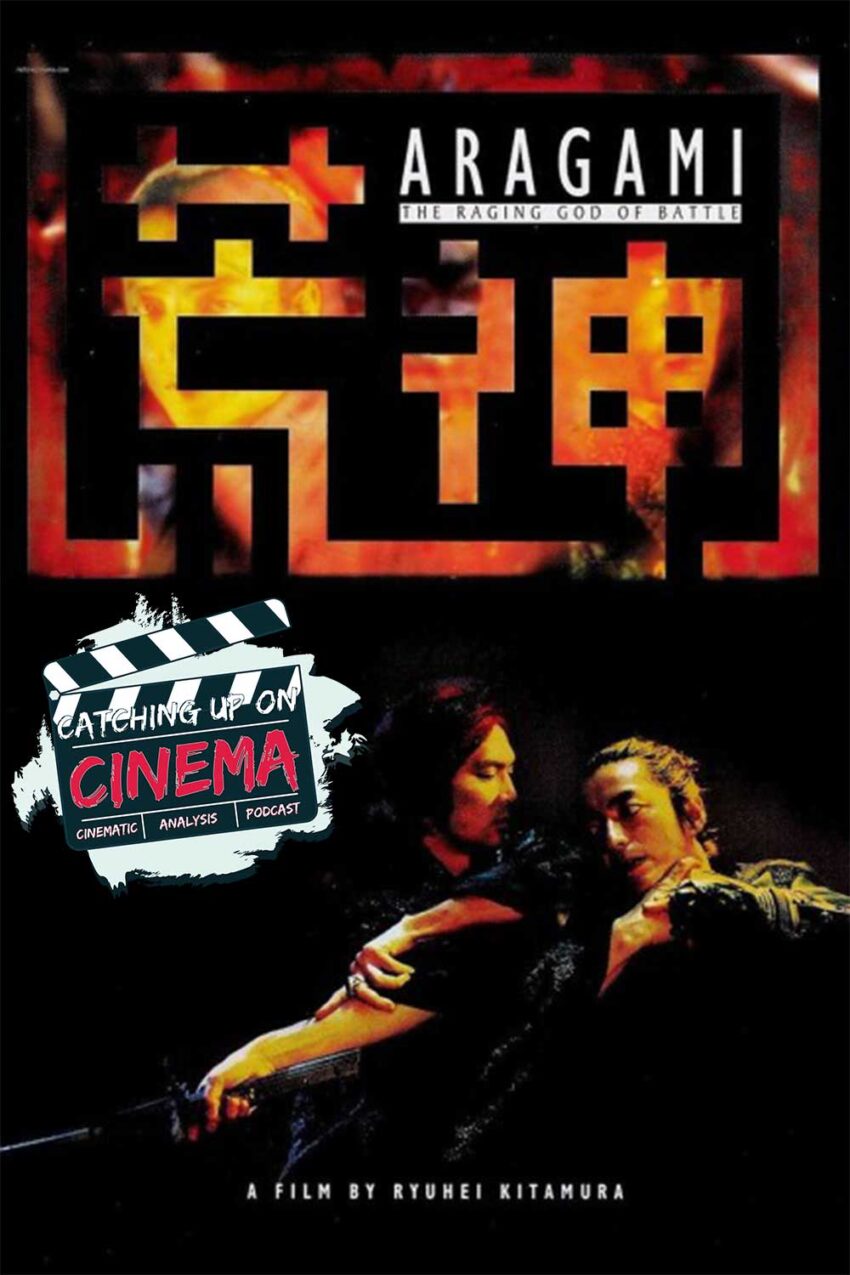 This week, Trevor sits down for a solo review of Ryuhei Kitamura’s, Aragami (2003)!

Produced as one half of the “Duel Project,” a collaboration between directors Ryuhei Kitamura and Yukihiko Tsutsumi, the film was constructed under a series of strict guidelines, namely:

The film had to take place in a single location.

The film had to feature a “duel” as part of it’s main plot.

The film had to be shot in one week.

Starring Takao Osawa and Masaya Kato, Aragami (2003) concerns a young samurai being cared for an then forced to do battle with an immortal swordsman in the hopes that the latter can be freed from his mortal coil in glorious battle.

Somehow managing to feel overlong at a scant 78 minutes in length, the film suffers from a repetitive midsection, but is otherwise a handsome and charismatic little action film that wears it’s influences and enthusiasm on it’s sleeves.