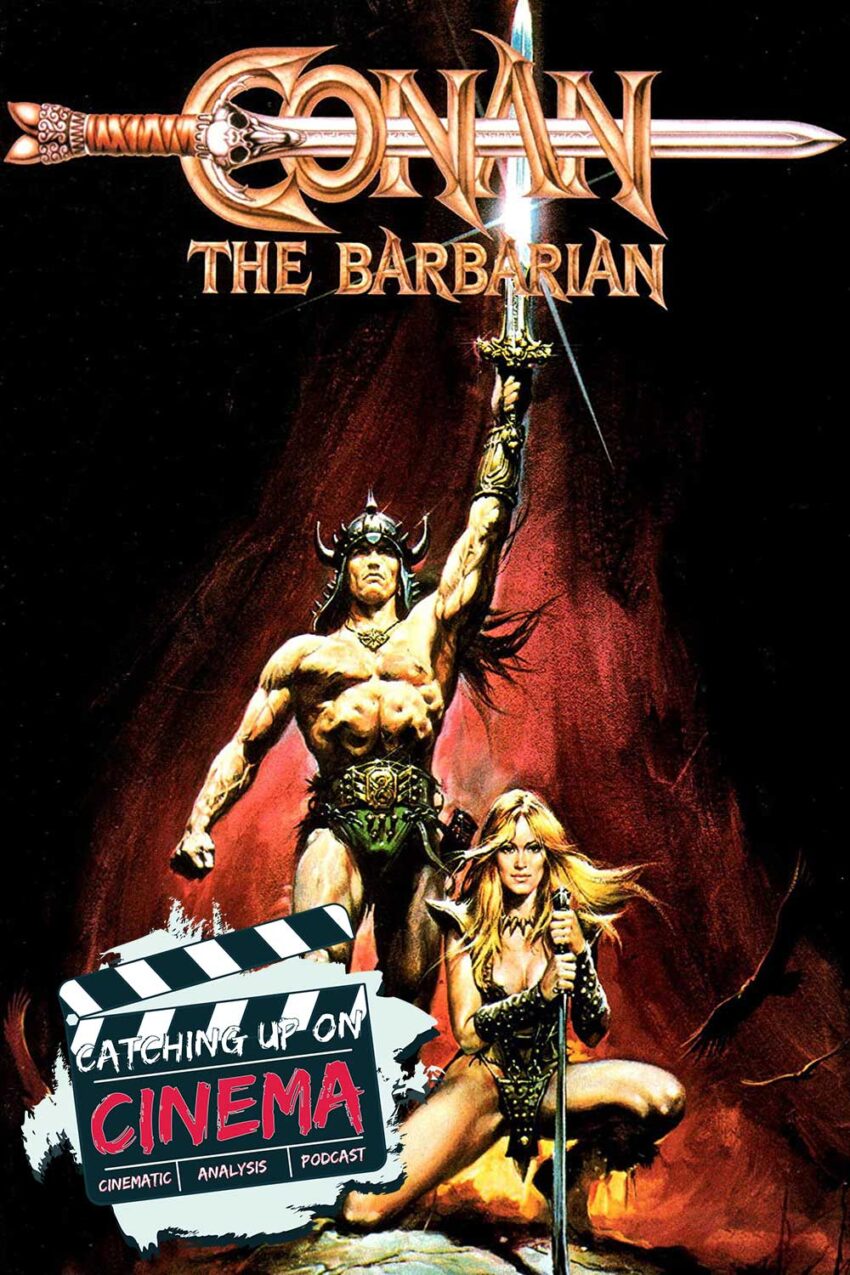 This week, Catching Up On Cinema is joined by Kyle’s brother Nik to review John Milius’, Conan the Barbarian (1982)!
Based on the popular pulp fiction character created by author Robert E. Howard, the film is a violent, mythic tale of swords and sorcery.

Hot on the heels of his star making turn in the documentary, Pumping Iron (1977), the film serves as one of Arnold Schwarzenegger’s earliest starring roles.

Financially back by powerhouse producers Dino De Laurentiis and Edward R. Pressman, written by Oliver Stone, and directed by Hollywood wild man, John Milius, the film is a massive and thoughtfully conceived experience, confident in it’s intent and tone.

Packed with talent on the screen and behind the scenes, the film is a near timeless adventure epic that has was massively successful at it’s time of release, and has since gone on to be remembered as one of Schwarzenegger’s better films.