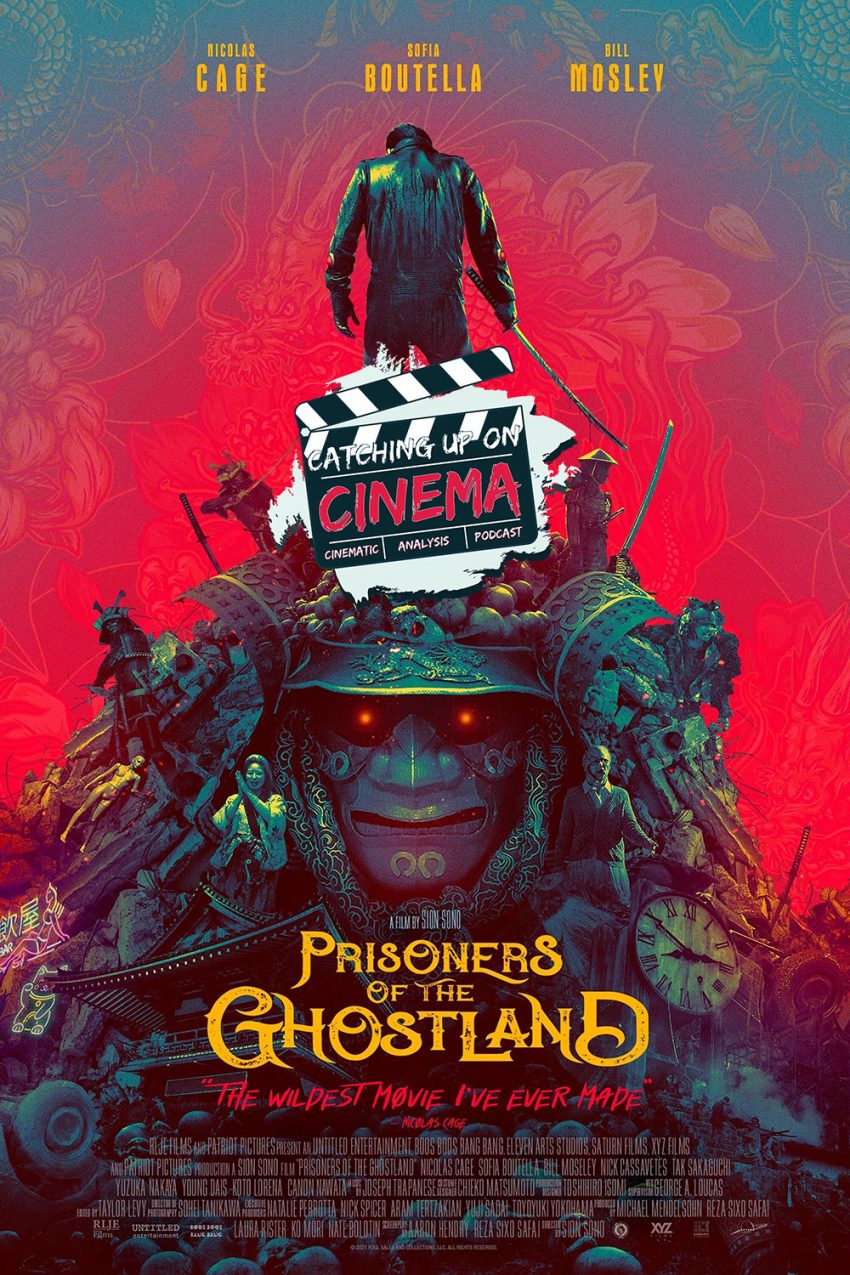 In the final installment of our Catching Up On 2021 event, Kyle and Trevor sit down to review Sion Sono’s, Prisoners of the Ghostland (2021)!

A pseudo supernatural samurai Western that is one part Mad Max, one part Fallout, one part Kane and Lynch, and apparently inspired by George Orwell’s Animal Farm, the film is packed to the brim with fascinating images and concepts, but falls utterly flat on it’s face attempting to convey it’s message(s) to the viewer.

Featuring an international cast of likable and capable performers, as well as ambitious and impressive production design, the film is hardly the sum it’s parts, resulting in a messy film, clumsily paced film that largely fails to engage.