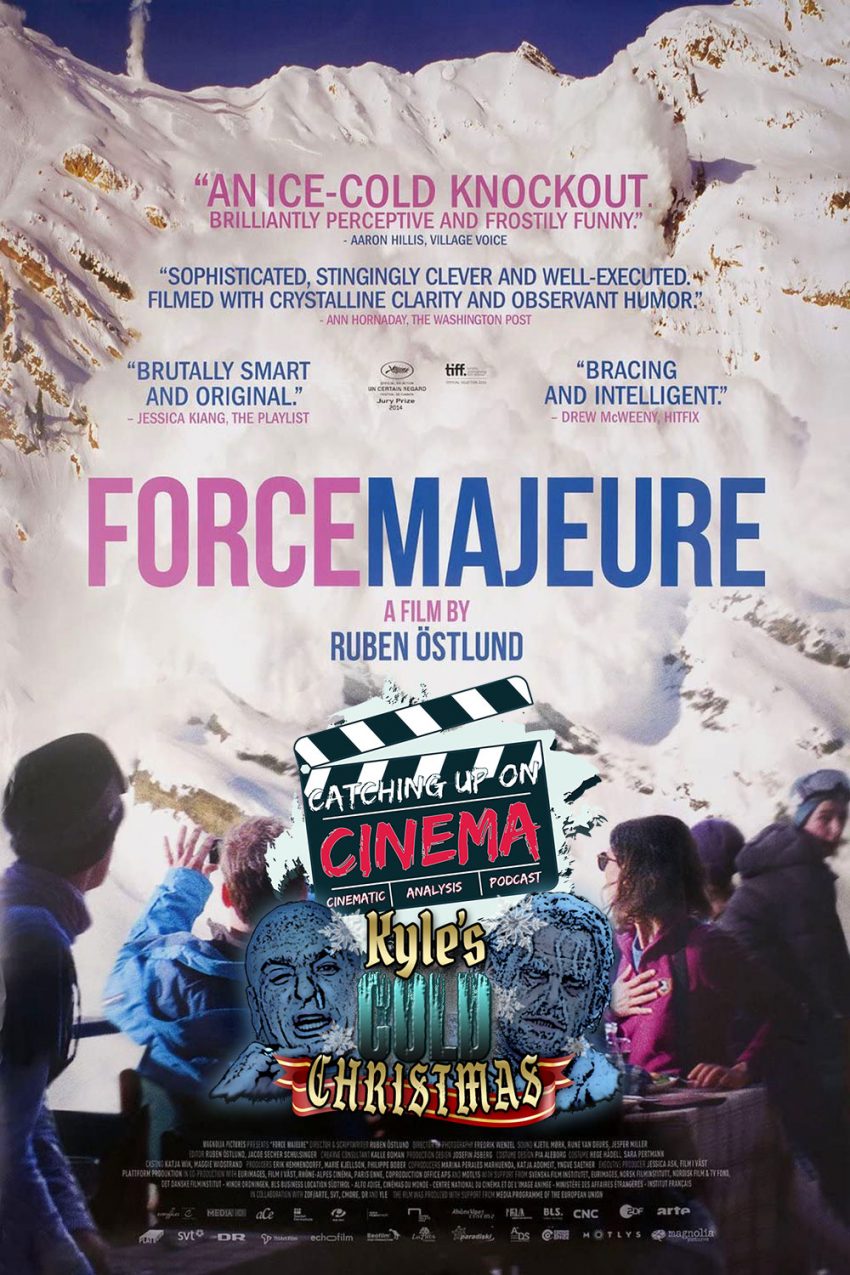 Titled “Turist” in it’s native Sweden, the film is a thoughtful and wry examination of a struggling family of ski vacationers.

While any back of the box plot description of the film will likely greatly emphasize an avalanche as the catalyst for the plot, the deeply layered structure of the narrative, and the subtly of the characterizations therein make for a film that feels confident in allowing large pieces of the narrative to exist beyond the borders of the frame.

A film that benefits from subsequent viewings, the film is rich with thematic content, in particular concerning masculinity and gender roles.

A beautiful and often hilarious film, Force Majeure is a delightful watch, that opens the door for equally delightful discussion.

Be sure to check out Matt’s podcasts: