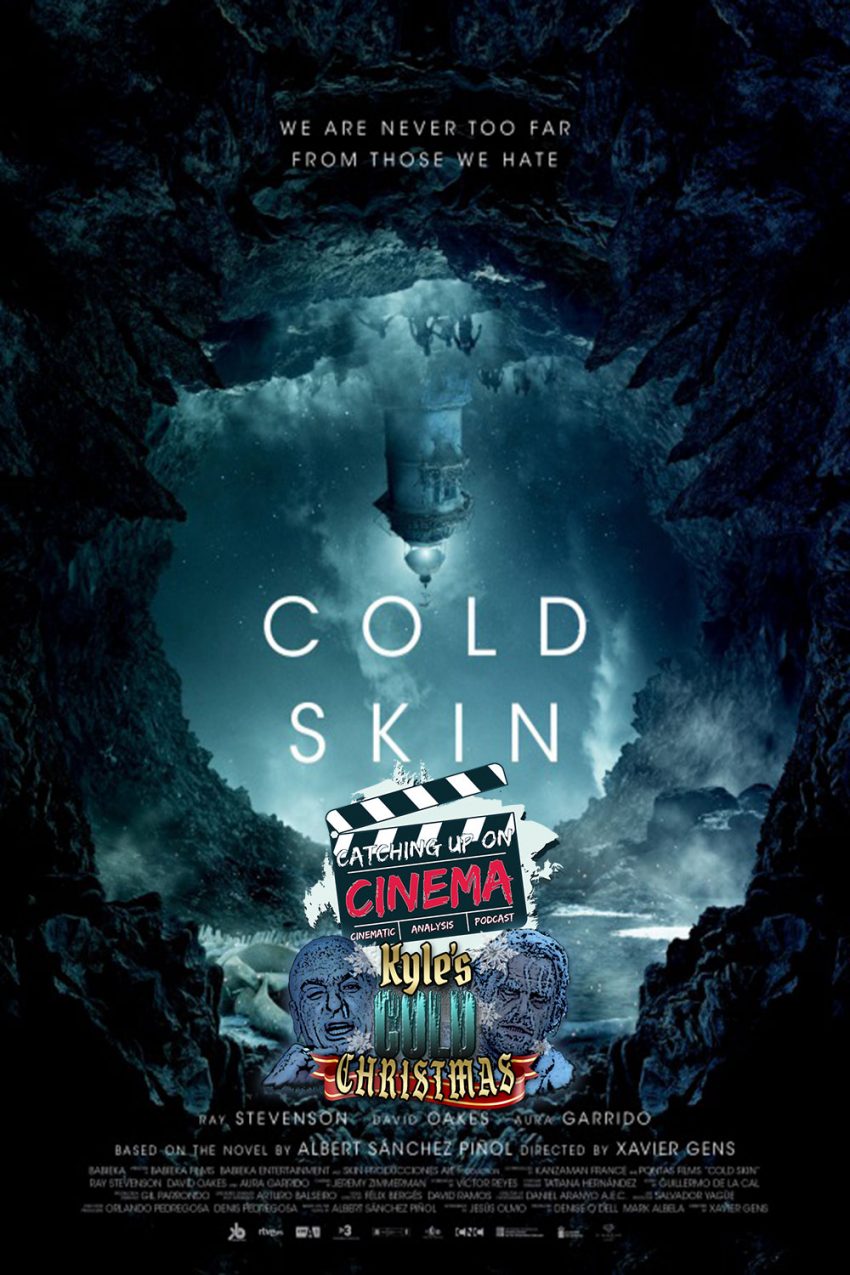 Kyle returns to Catching Up On Cinema after a month long absence to kickoff December 2021’s, “Kyle’s Cold Christmas” event month!
All month long, we’ll be reviewing frigid films to chill the bones.

First up this month is our review of Xavier Gens’, Cold Skin (2017)!
Starring David Oakes, Ray Stevenson, and Aura Garrido (in full body creature makeup and prosthetics), the film is a horror tinged psycho drama concerning men waging a constant war of attrition with strange amphibious humanoids from the deep.

Shot on location in on scenic beaches of the Canary Islands, the film is heavily allegorical in nature, with very explicit references being made to World War I, and The Divine Comedy.

Deliberately repetitious in it’s structure, the film suffers from a bit of an identity crisis, mostly failing to comfortably settle into a rhythm or tone, resulting in either a heady character study interrupted by action beats, or a rather tame horror film weighed down by frequent lulls in the action.

Not at all lacking in creativity or enthusiasm, the film plays host to many interesting ideas and allegories, but ultimately fails to engage due to it’s inconsistent pace and tone, coupled with a less than satisfying conclusion.