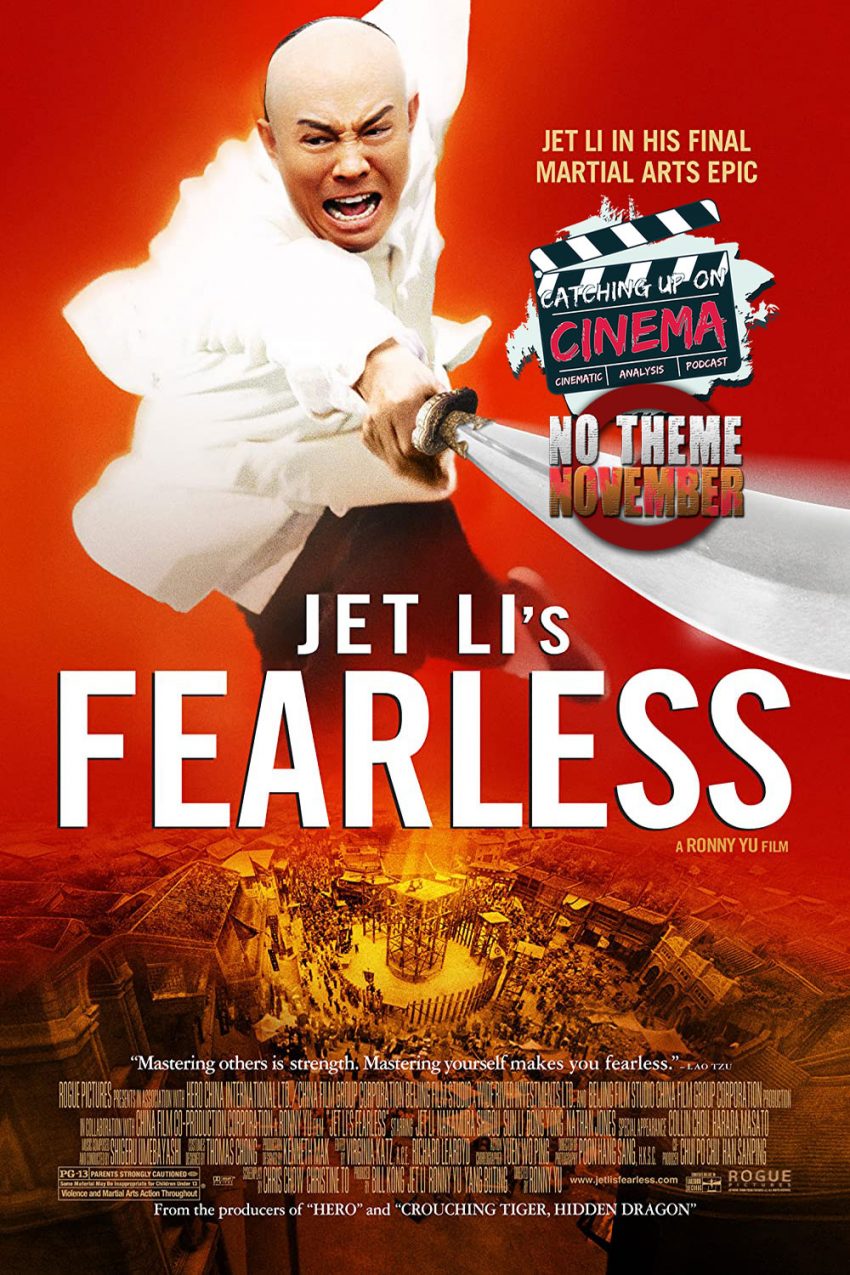 This week, Trevor is joined by his friend Sean Parker from Hapstance Films to review Ronny Yu’s, Fearless (2006)!

Falsely billed at the time of release as Jet Li’s “final” wuxia/period martial arts film, the film showcases Li’s talents across a wide variety of tones, styles and settings under the careful guiding hand of Yuen Woo Ping’s masterful choreography.

A true martial arts epic, the film paints it’s narrative and themes in the very broadest of strokes, however it’s stellar production values and frequent instances of incredible martial arts spectacle serve to even out the experience, resulting in an overall highly engaging moviegoing experience.

Find Sean Parker and Hapstance Films on Youtube at:
https://www.youtube.com/hapstancefilms