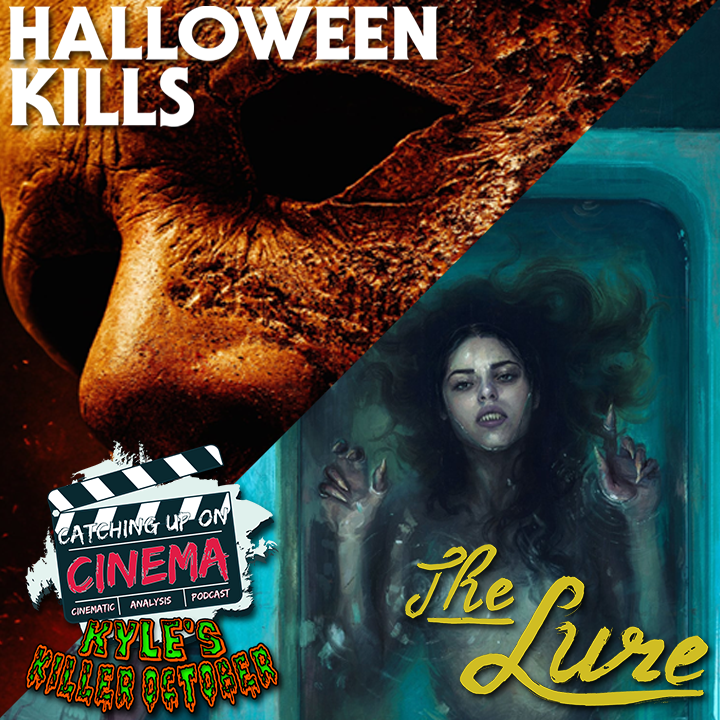 It’s once again time for Catching Up On Cinema’s 3rd annual, “Kyle’s Killer October” event month!
This week sees Kyle and Trevor completing their exploration of horror musicals with a review of Agnieszka Amoczynska’s, The Lure (2015)!
Described as, “the best Goth musical about man-eating mermaids ever made,” the film is a wildly imaginative and visually lush horror themed musical that loosely follows the story of Hans Christian Andersen’s, The Little Mermaid.

A Polish film rife with subtext and autobiographical content pertaining to the director’s own life experiences, the movie is bold and adventurous with it’s imagery and subject matter.

Released domestically as part of The Criterion Collection, The Lure (2015) is a complex film that may repulse some viewers, however, as evidenced by the nature of our host’s conversation about the film, it is a rich film that is perhaps better understood through discussion or repeat viewings.

In addition to Catching Up On Cinema’s review of The Lure (2015) this week, we’re also offering our audience a special bonus review of David Gordon Green’s, Halloween Kills (2021)!

Released this month in both theaters and via The Peacock streaming service, the film is the latest in the legendary slasher franchise, serving as a direct sequel to Gordon Green’s Halloween (2018).

A spur of the moment review brought on by Kyle’s intense, negative reaction to the film, this bonus review sees both hosts getting heated in a way that is seldom heard on Catching Up On Cinema.
Spoiler alert: They didn’t like it.