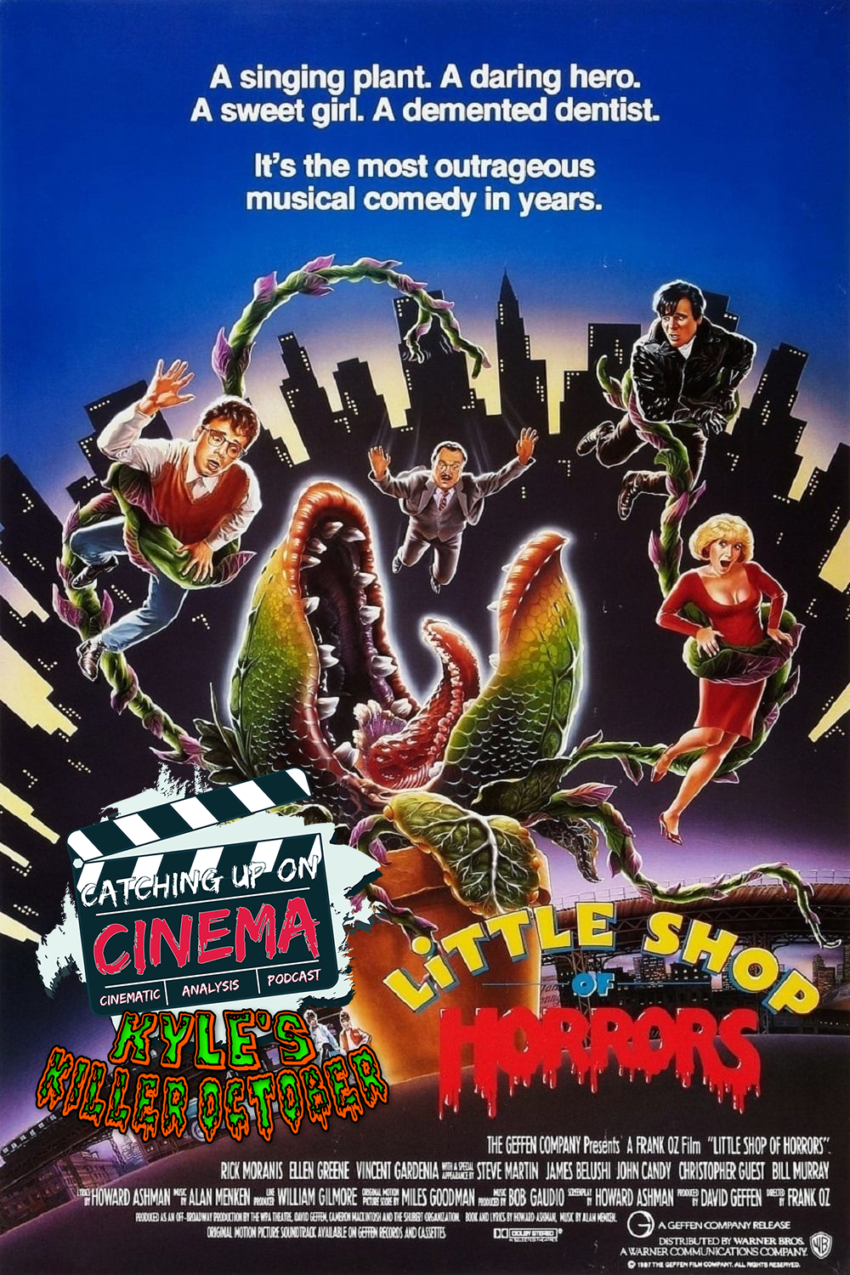 It’s once again time for Catching Up On Cinema’s 3rd annual, “Kyle’s Killer October” event month!
This week Kyle and Trevor continue their foray into the world of horror musicals with a review of Frank Oz’s, Little Shop of Horrors (1986)!

Originating as an ultra low budget Roger Corman film from 1960, Little Shop of Horrors would later be expanded and reconceptualized as an off-Broadway musical created by Howard Ashman and Alan Menken, which in turn serves as the foundation for the 1986 film adaptation.

Featuring Rick Moranis, Ellen Greene (featured in the stage version), Steve Martin, the voice of Levi Stubbs, and a host of high profile cameos, the film is an absolute joy to watch, with winning performances and a insanely catchy track list.

With skillful direction from Frank Oz, the film features some of the most impressive live puppetry in cinematic history, with Levi Stubbs’ amazing voice and the work of no less than 60 puppeteers (working simultaneously!) successfully bringing to life the iconic character of Audrey II.

While a critical and financial success, the film has long bore the reputation of having one of the more notorious alternative endings in mainstream cinematic history.
Rest assured, the Director’s Cut is covered in our exhaustive review of this awesome film.