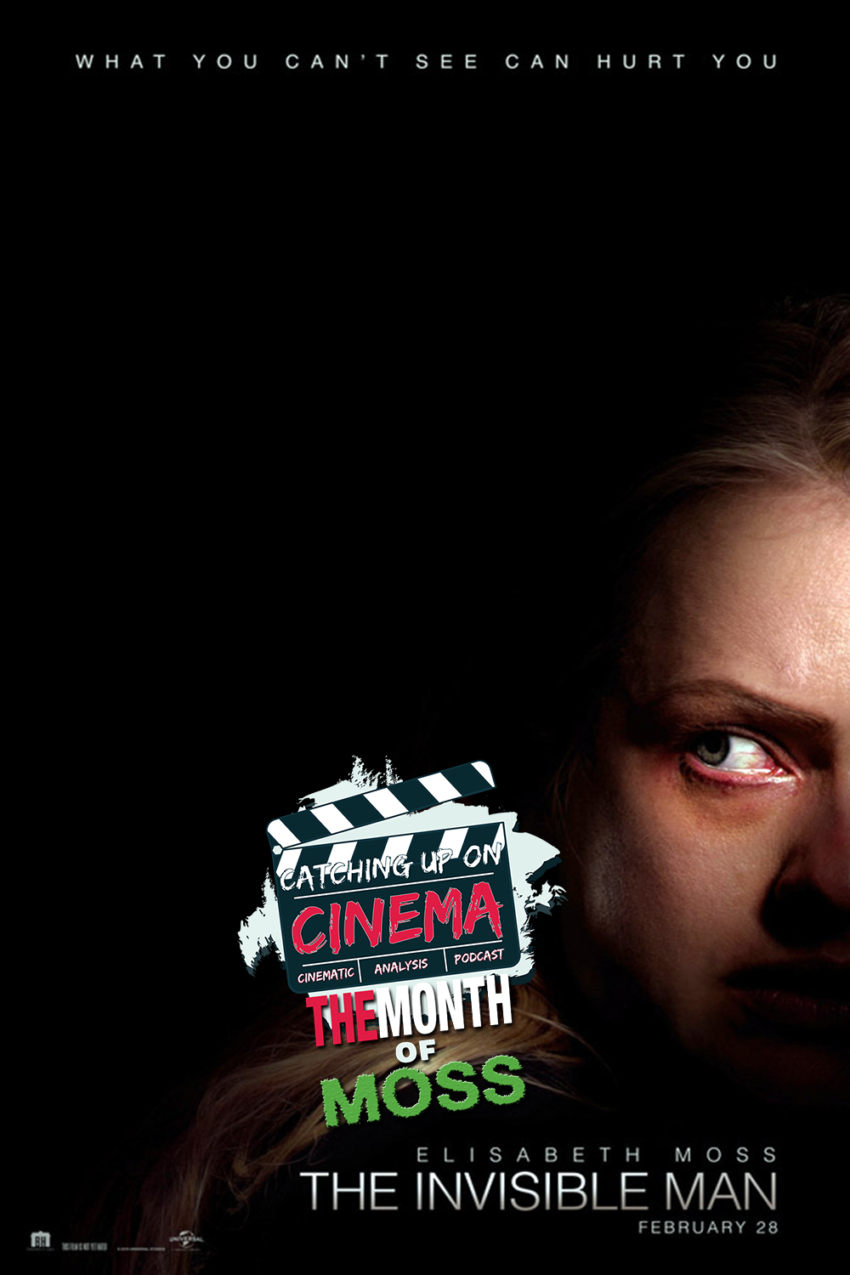 “The Month of Moss” concludes at Catching Up On Cinema as Trevor and Kyle sit down to review Leigh Whannell’s, The Invisible Man (2020)!

Representing the first pivot away from Universal’s failed “Dark Universe” project, the film is a unique and highly engaging adaptation of H.G. Wells’ novel of the same name.

Told from the perspective of a victim of the titular invisible entity rather than the being themselves, the film is a slick and taut thriller packed with performances and set piece moments that punch considerably above the weight of it’s modest $7 million budget.

Packed with social commentary regarding abusive relationships, gaslighting, and toxic narcissism, the film manages the rare feat of being both socially relevant and entertaining to mainstream audiences.

Episode 1 – Nothing But Trouble (1991)
https://anchor.fm/catchinguponcinema/episodes/Episode-1—Nothing-But-Trouble-1991-e296r5