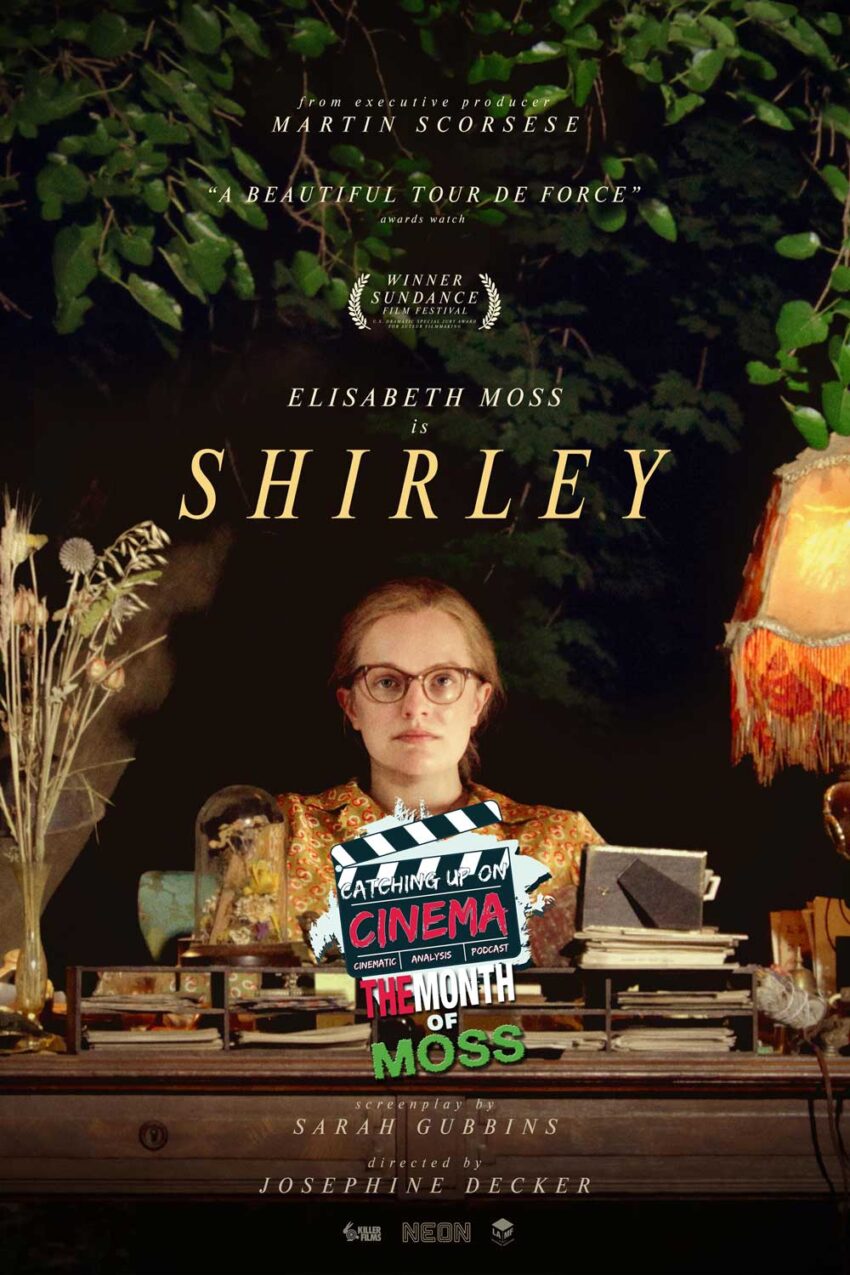 “The Month of Moss” continues at Catching Up On Cinema as Kyle and Trevor reunite to record in person for the first time since the pandemic to review Josephine Decker’s, Shirley (2020)!

A largely fictionalized account of a chapter in the life and career of novelist Shirley Jackson, the film is an murky and dreamlike tale of devious social manipulation and the creative process.

Adapted from a novel of the same name by Susan Scarf Merrell, the contains winning performances from it’s headliner, Elisabeth Moss, as well as from her supporting cast in the form of a particularly animated Michael Stuhlbarg as her husband, an enigmatic quietly disturbed turn from Odessa Young as her young guest/research subject, and a very capable Logan Lerman as the latter’s aloof and distant husband.

A unique film from a unique filmmaker, film serves as one of more prominent examples of Elisabeth Moss’ prodigious acting talent.