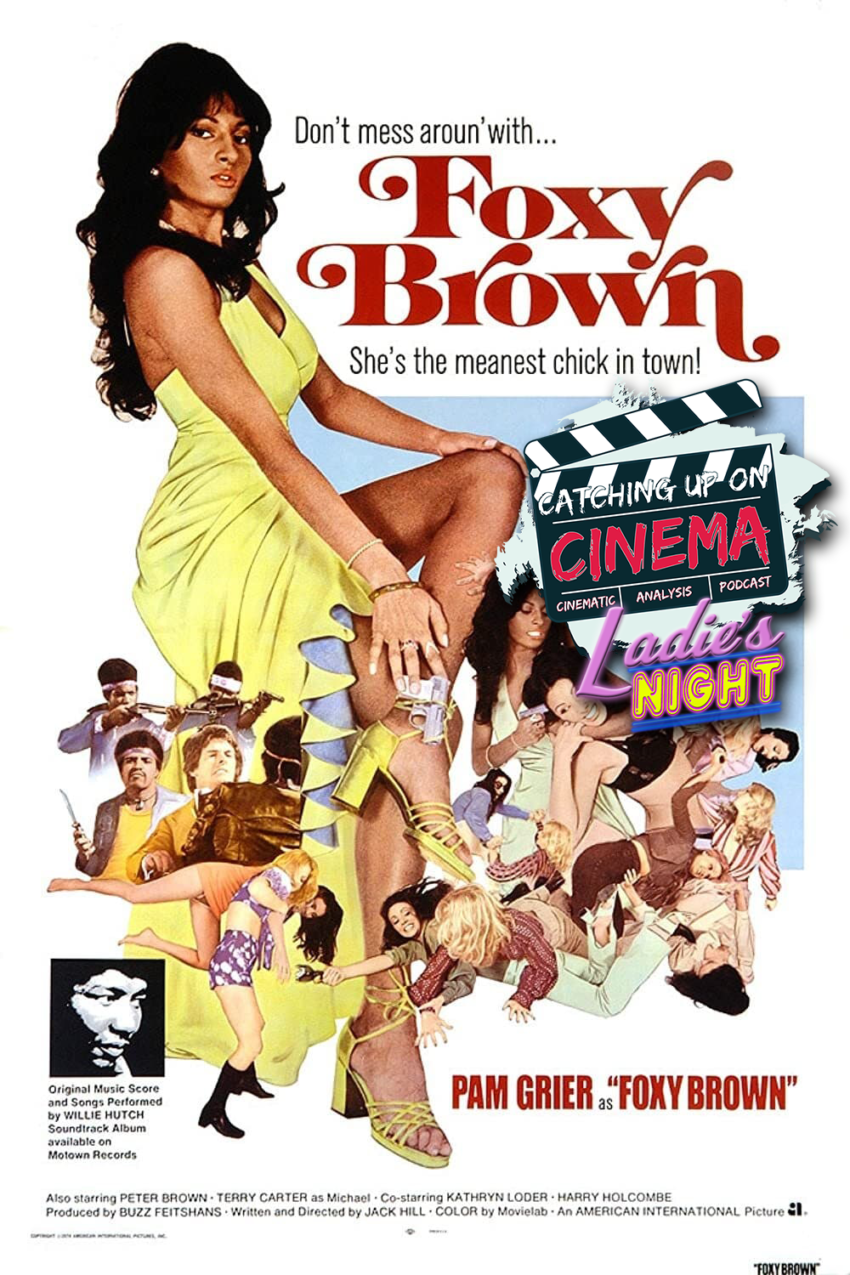 This July is “Ladie’s Night” at Catching Up On Cinema!
This month we’ll be taking a look at a number of action movies headlined by women, beginning with Jack Hill’s, Foxy Brown (1974)!

Starring Pam Grier, the film is one of the most famous of Blaxploitation films, serving as the launchpad for both the actress and character’s ascent to legendary pop culture icon status.

Mean spirited, funky, and packed with social commentary, the film is very much an exploitation film, however it holds the distinction of serving as a highly influential movie to the likes of Quentin Tarantino and many other high profile members of the film community.