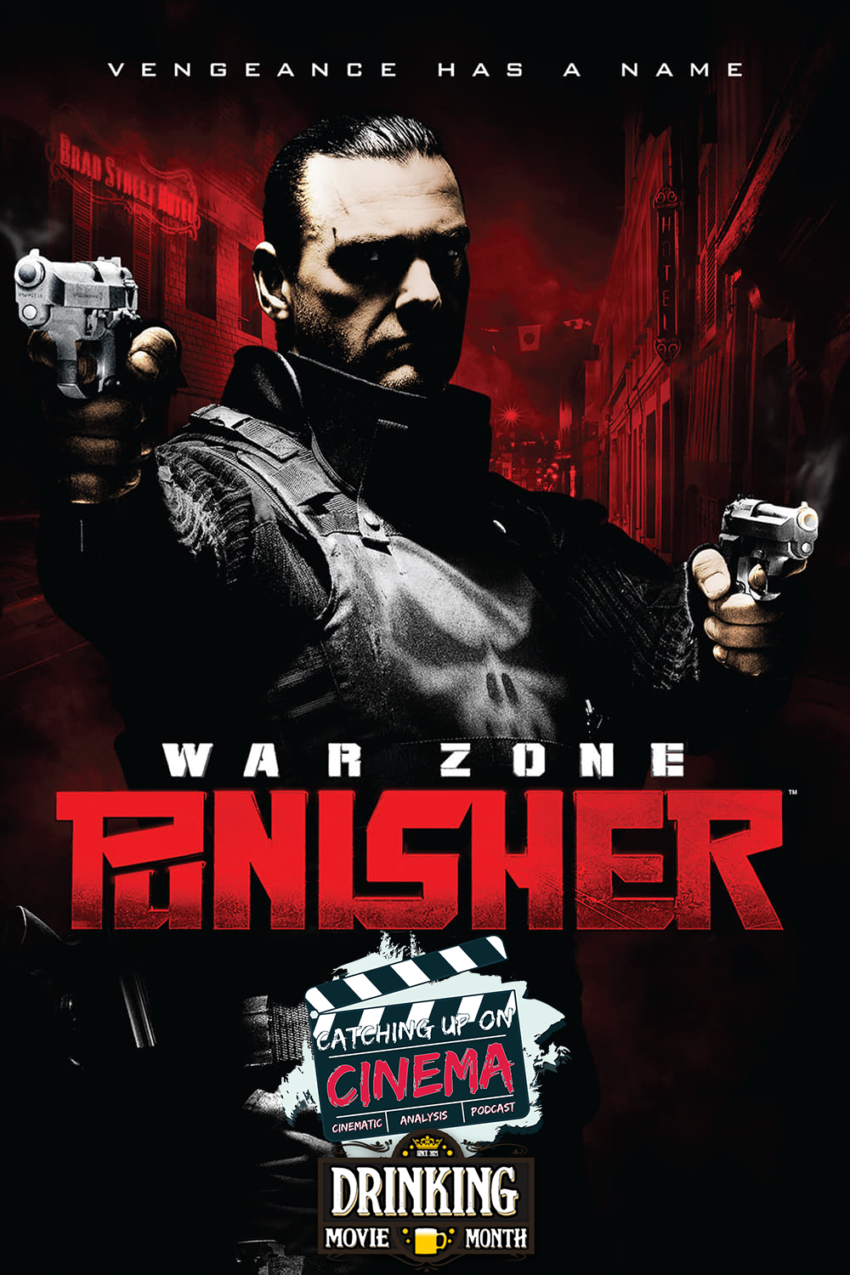 In the final installment of Catching Up On Cinema’s “Drinking Movie Month,” Kyle and Trevor review Lexi Alexander’s, Punisher: War Zone (2008).
Released as part of the short-lived Marvel Knights project, the film is the third live-action adaptation of the comic book property following the Dolph Lundgren version from the late 80’s, and the Thomas Jane headlined one from just 4 years prior.

Directed by Lexi Alexander, the film is simultaneously the most explicitly gory violent, as well as the most aesthetically vibrant and colorful of Punisher films.

Starring Ray Stevenson as perhaps the most visually “correct” version of The Punisher on film according to the comic book canon, the movie also boasts a solid supporting cast in the form of Dominic West as a scenery chewing Jigsaw, Bruce Hutchinson as his brother LBJ, Colin Salmon as action hero in training Agent Budiansky, and Julie Benz as the token Lionsgate leading lady from the late 2000’s.

Catching Up On Cinema: Theatrical Edition – Godzilla: King of the Monsters (2019)