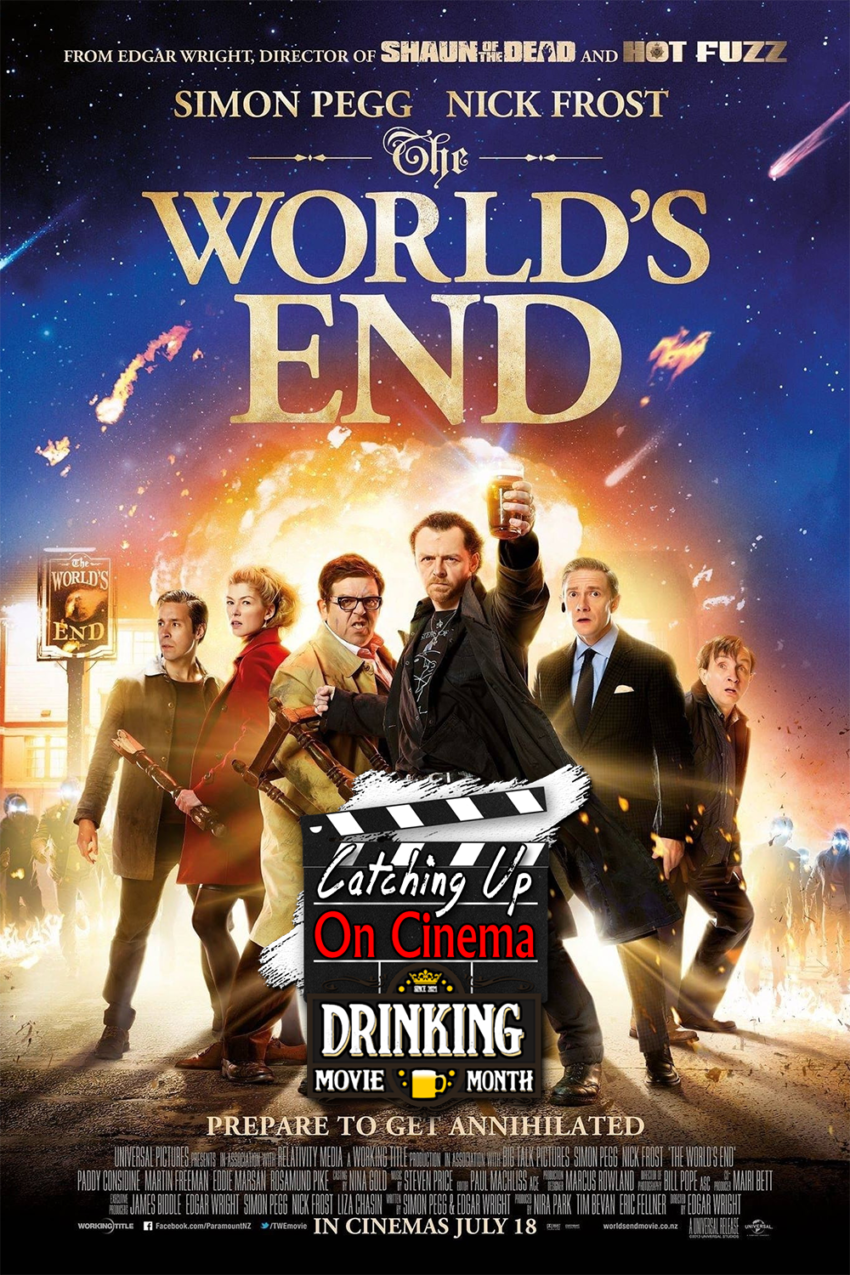 In this week’s installment of Catching Up On Cinema’s “Drinking Movie Month,” the boys are joined by Harrison and Jordan from the Grief Burrito podcast to review Edgar Wright’s, The World’s End (2013)!
The last in Wright’s “Three Flavours Cornetto” trilogy, the film reunites many of the cast and crew from previous films in the series (Shaun of the Dead and Hot Fuzz), most prominent among which being Simon Pegg and Nick Frost.

Boasting Wright’s signature flair for swift, dynamic editing, and razor sharp dialogue, the film is a comedy gem that doubles as an engaging sci-fi actioner.

While the technical aspects of the production are stellar, it’s all-star supporting cast consisting of the likes of Patty Considine, Martin Freeman, Eddie Marsan, Rosamund Pike, and even brief appearances by Pierce Brosnan and Bill Nighy, ensure that it’s greatest assets are it’s characters and the dynamics of their interactions.

TL;DR
“Nick Frost is a beast.”

Michael Smiley’s previous appearances on Catching Up On Cinema: