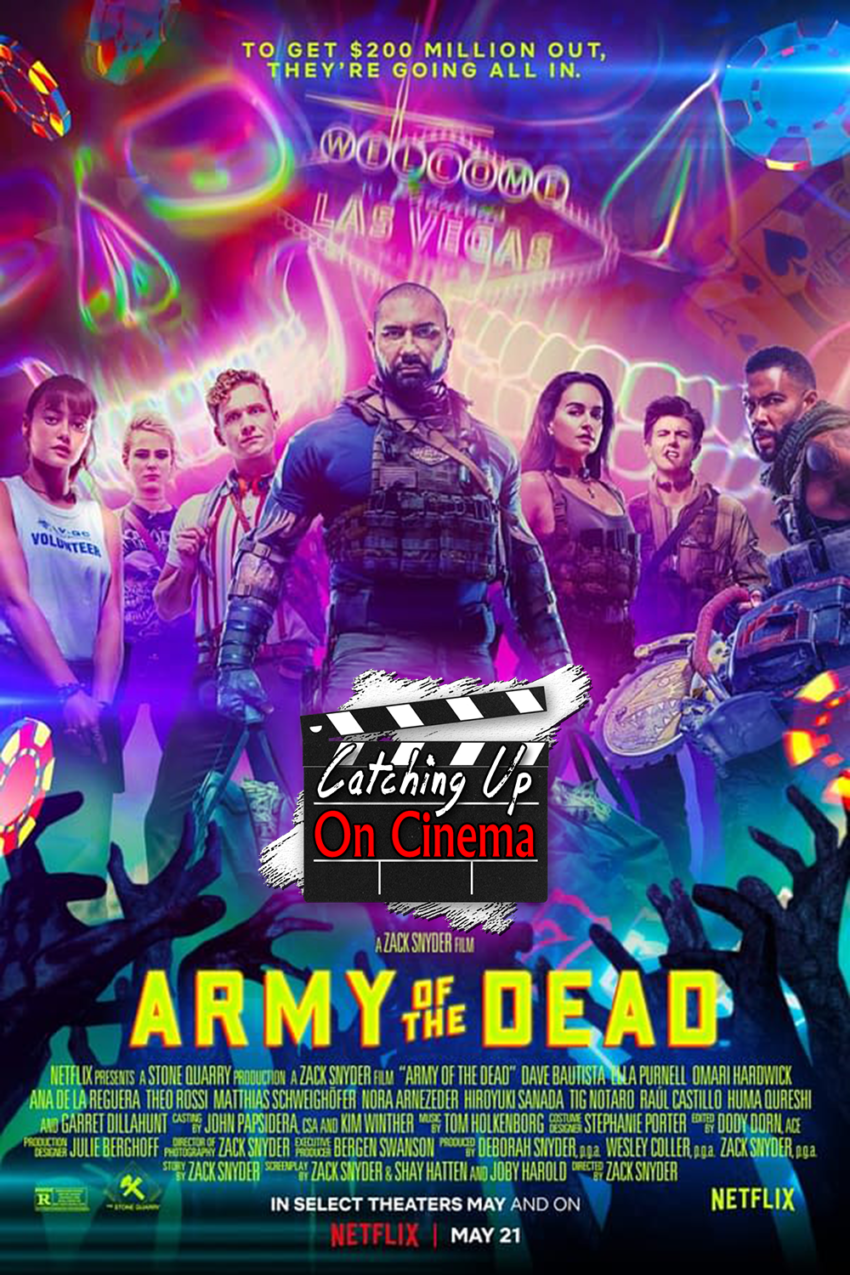 In this week’s episode of Catching Up On Cinema, Kyle and Trevor sit down to review Zack Snyder’s, Army of the Dead (2021)!

Conceived in the late 2000’s as a follow up to Snyder’s wildly successful feature directorial debut, Dawn of the Dead (2004), the film spent over a decade in developmental Hell before it’s eventual 2021 release to theaters and Netflix.

Starring Dave Bautista and an international cast of ensemble players including the likes of Ella Purrell, Ana de la Reguera, Omari Hardwick, and Samantha Win, the film is concerns a heavily armed troupe of mercenaries infiltrating a zombie infested Las Vegas in the hopes of raiding the contents of a casino vault.

Advertised as a colorful, fun, action packed thrill ride, the film is, in actuality, fairly sluggish and dour.

Bizarrely melodramatic and emotionally overwrought, the film is bookended by excellent action/spectacle setpieces, however it is brought down by a bloated an drab middle section.

Stay tuned after the show for a quick PSA regarding the dead pixels scattered throughout the film.

Credit for @redlettermedia for confirming what I had only suspected at the time of viewing.

You can find Brad’s podcast, Cinema Speak, on Stitcheror wherever you get your podcasts.

*Yes, Trevor is aware that he often referred to Garret Dillahunt as Garrett Hedlund. He has been  punished accordingly*