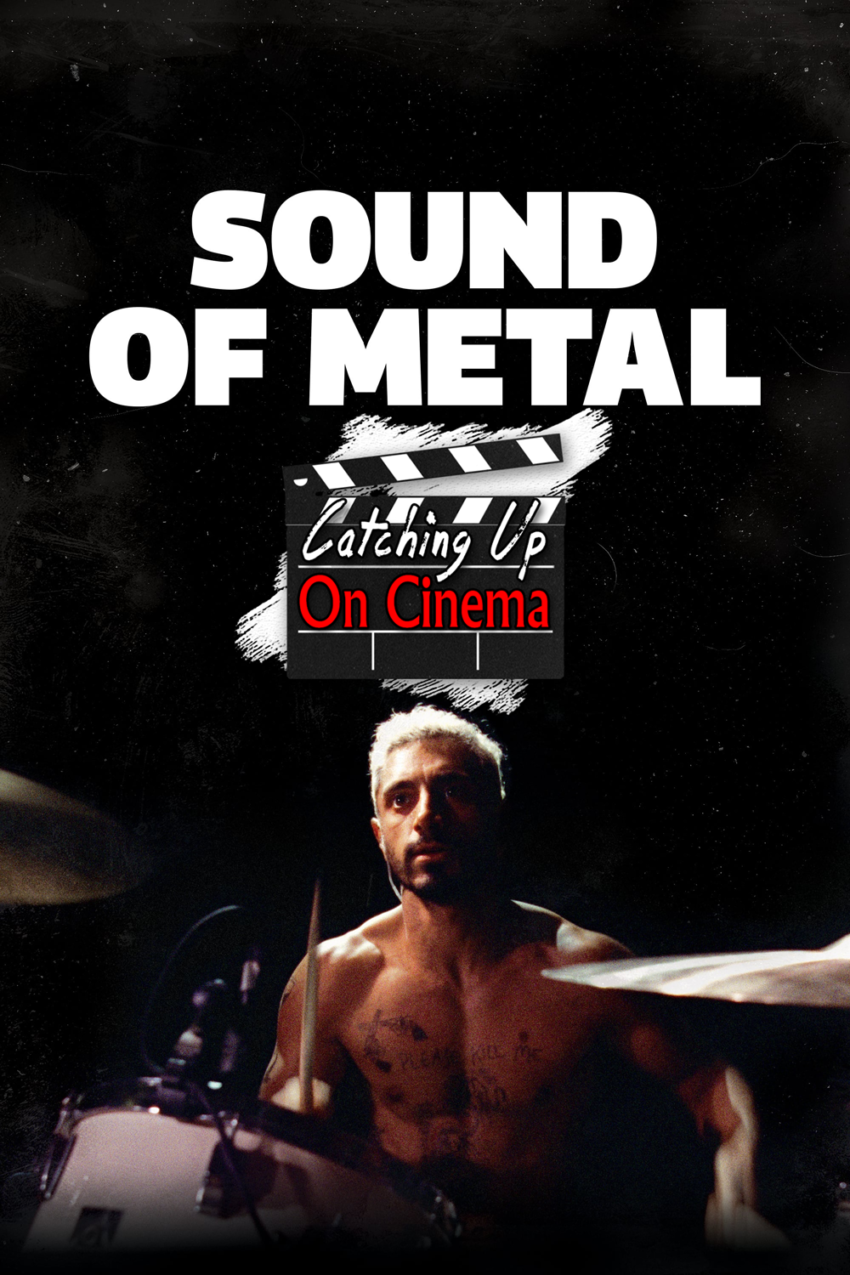 In this episode of Catching Up On Cinema, Trevor and his brother Matt sit down to review Darius Marder’s 2020 Oscar darling, Sound of Metal (2020)!

Headlined by Riz Ahmed, and co-starring Olivia Cooke and 2020 best supporting actor winner, Paul Raci, the film is a weighty but refreshingly organic drama focusing on the events that unfold when a young drummer/recovering addict discovers he is going deaf.

While Ahmed’s character of Rubi is featured in virtually every scene, the production makes frequent shifts in perspective, both audio and visual, that show a level of care and attention to detail that is truly commendable.

An actor’s film, the movie is never hurried, and often allows incredible cast of actors truly inhabit and and embody each scene, such that one often feels that any one of it’s characters could easily headline a compelling film/story of their own.

Beautifully written and edited, the film is streamlined and thought provoking, making for an easily digestible, but densely layered experience that is difficult to find fault with.

Make sure to check out Matt’s “book club for video games,” podcast, Couch Co-Op, as well as his wrestling podcast, The Hollywood Brunettes!