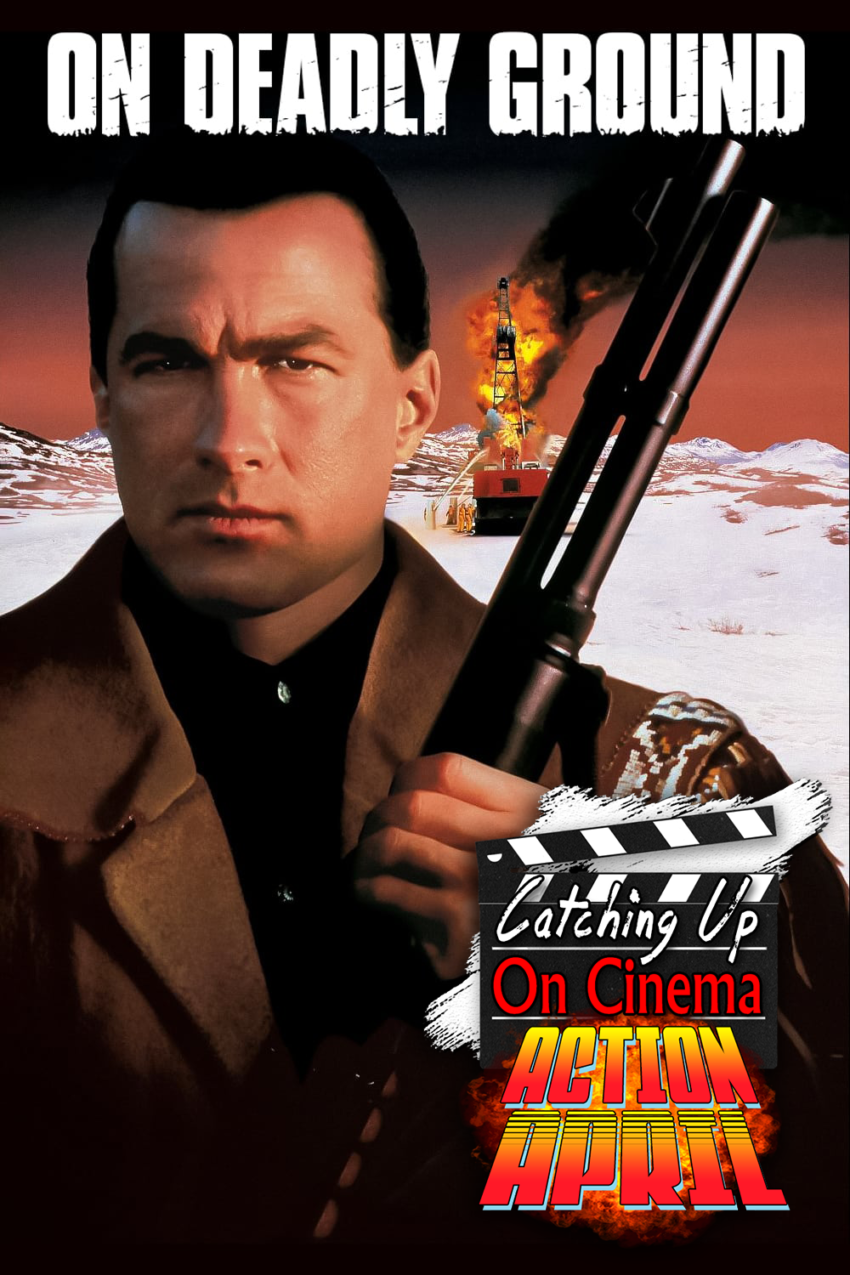 In the finale of Catching Up On Cinema’s Action April event month, Kyle and Trevor review Steven Seagal’s, On Deadly Ground (1994)!

To date the only film directed by Seagal himself, On Deadly Ground is far from the best film in the martial artist turned actor’s less than stellar filmography, however it is the film that best represents the man and his oddly specific brand of indulgences and quirks.

While On Deadly Ground would serve to herald the impending doom of Seagal’s silver screen exploits, it exists today as an ironically entertaining novelty, and as a grim reminder of what can happen when a grossly untalented, egocentric bully is given the keys to his own destiny.