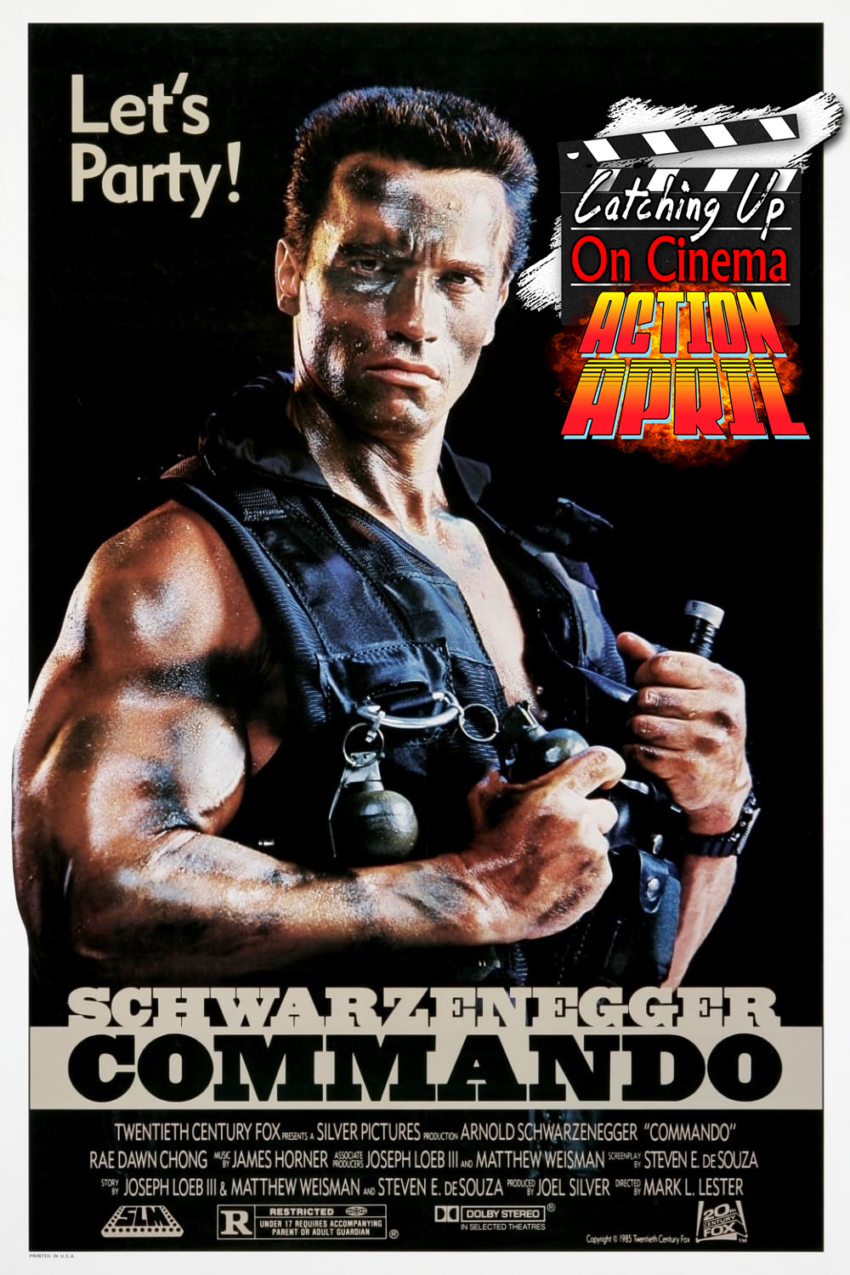 In this week’s installment of Catching Up On Cinema’s Action April event month, Kyle and Trevor are joined by the former’s brother Nik in reviewing Mark L. Lester and Arnold Schwarzenegger’s cheesy action classic, Commando (1985)!

Seemingly produced in direct response to the success of the Rambo series, and indeed the emergence of the over-the-top jingoistic action films of the day, the film embraces the larger than life qualities of it’s headlining star, trading in patriotism and political commentary for one liners and absurdism.

Not exactly regarded as being a top tier movie in the storied career of the Austrian Oak, the film is nevertheless a campy and fun diversion that serves as perhaps the best example of what most (ignorant) people assume his films to be.