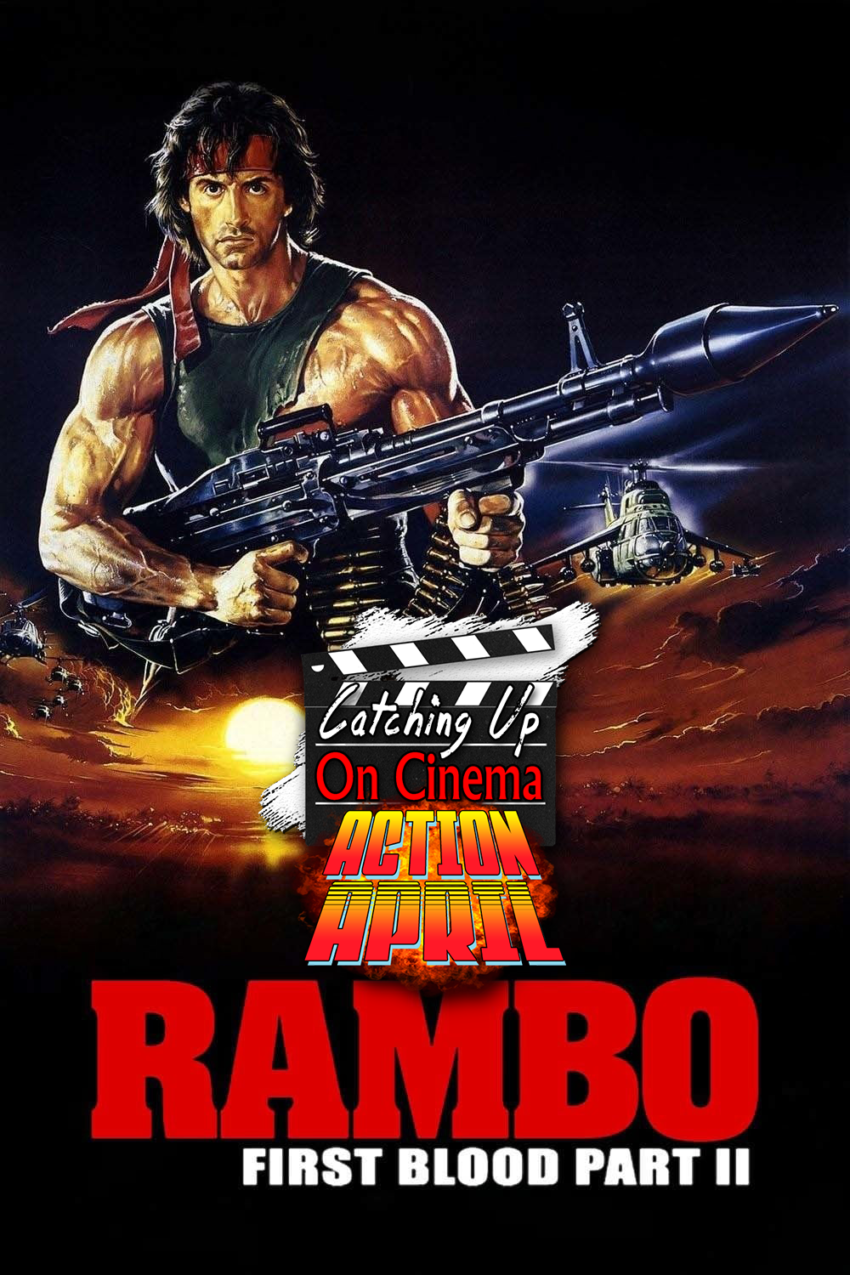 This month is Action April at Catching Up On Cinema!

Every week we’ll be taking a look a blockbuster action flick from the filmographies of some of the greatest stars in action cinema.

The first of several louder, dumber and more violent sequels to the surprisingly contemplative and engrossing First Blood (1982), the served to repackage the John Rambo character into the pop culture figure he’s best remembered as, as well as secure star Sylvester Stallone’s position as one of the most prominent of 80’s action stars.

Make sure to check out Matt’s gaming podcast, Couch Co-Op!