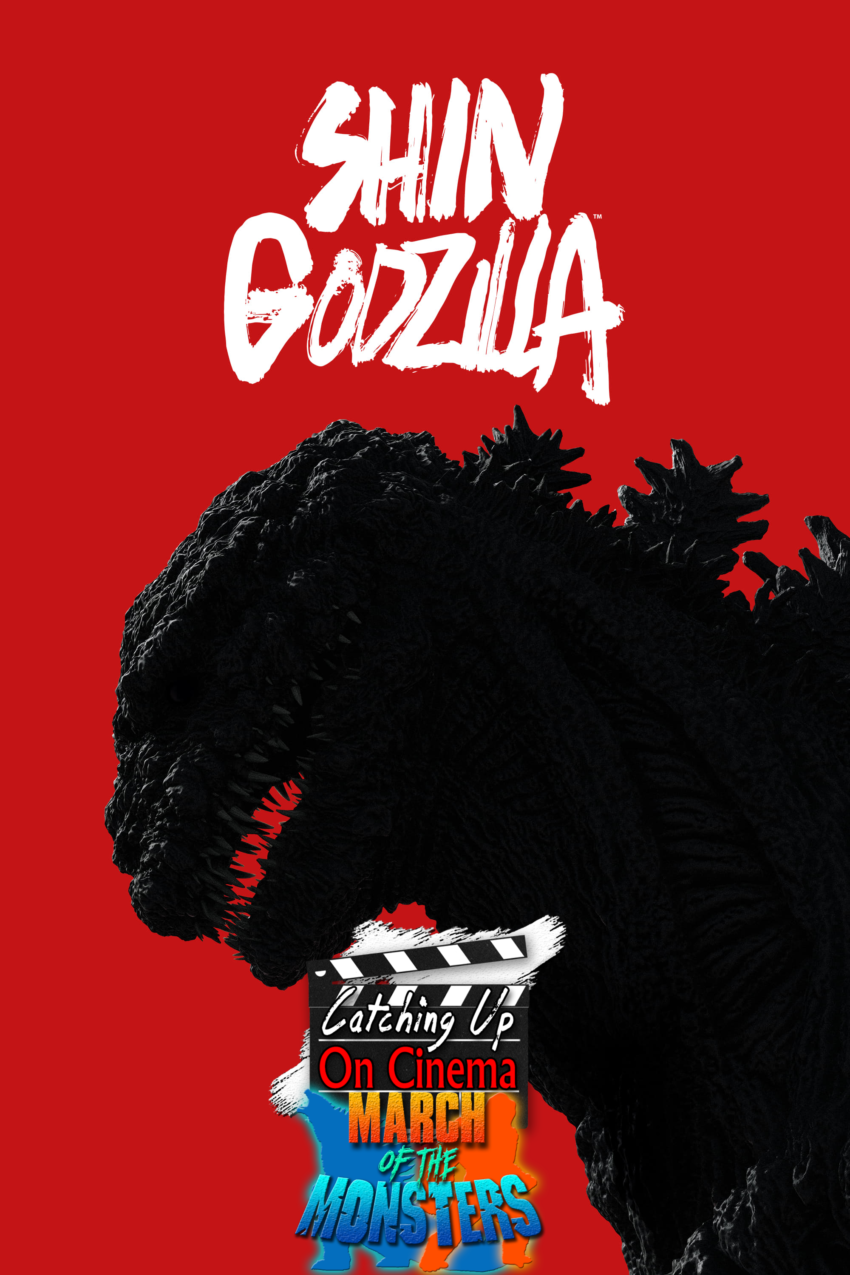 In this week’s installment of Catching Up On Cinema’s March of the Monsters event month, we review Hideaki Anno and Shinji Higuchi’s modern monster classic, Shin Gojira (2016)!

Produced only a few short years after the Tohoku earthquake and subsequent Fukushima Daiichi nuclear disaster of 2011, the film boldly reinstates Godzilla’s status as the living embodiment of a nation and people’s fears and insecurities, not just of nuclear technology and weapons, but of their complicated and delicate position in the geopolitical landscape.

Starring a cast of thousands, and filled with equal measures of biting political commentary and bold nationalistic sentiments, the film swept the Japanese equivalent of the Academy Awards.

Brilliant, engaging, and innovative in every way that a movie can be, Shin Gojira is a truly exceptional film that non-Godzilla fans should consider adding to their watchlists.