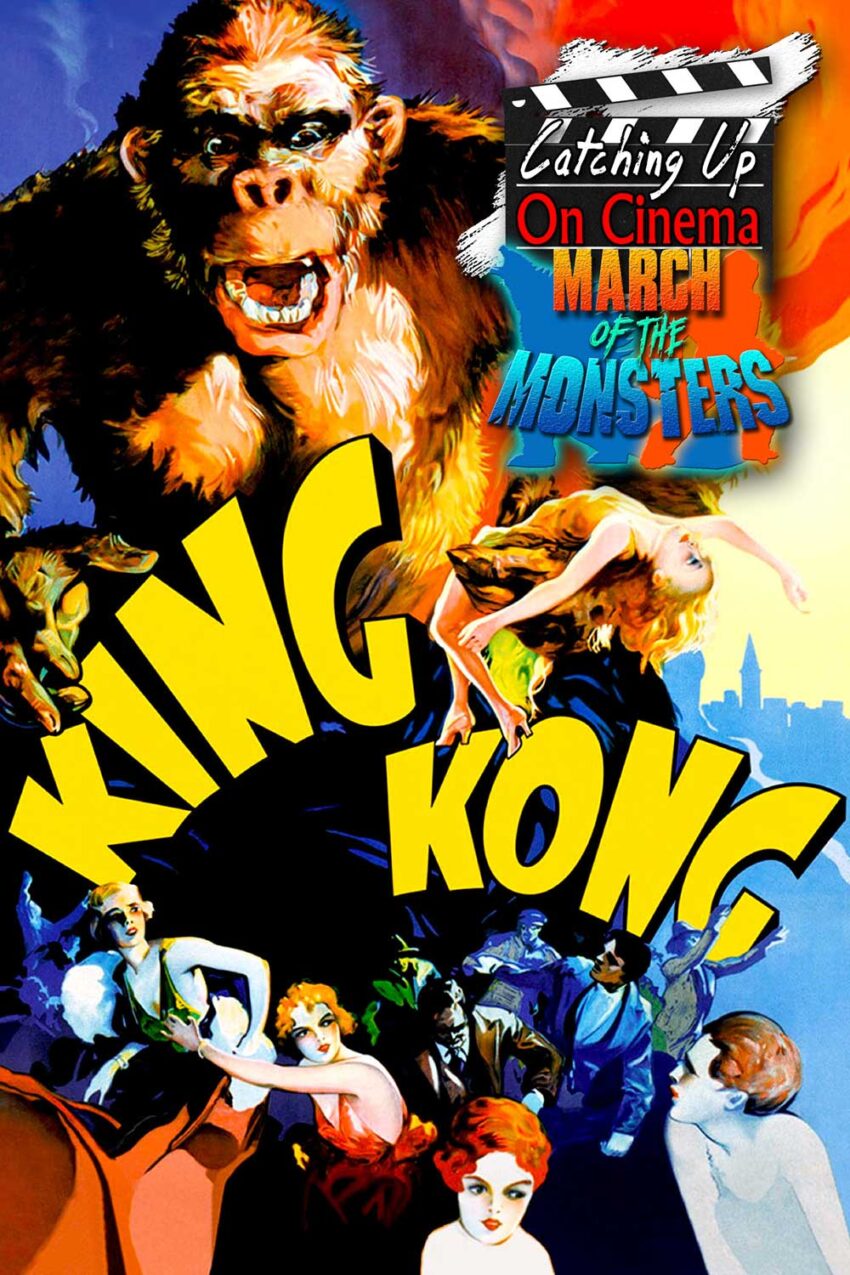 This March is “March of the Monsters” month at Catching Up On Cinema!

In celebration of the imminent release of Godzilla vs. Kong (2021), Trevor and Kyle will be reviewing the titular monster’s films all month long.

To start things off, the boys sit down to review the earliest film in the chronology of both franchises, Merrian C. Cooper’s original King Kong (1933)!

Featuring groundbreaking stop motion animation from effects pioneer Willis O’Brien, the film is easily one of the most iconic and influential of all time.

A true treasure of cinema, King Kong deserves to be seen by any and all that have an interest in the medium of film.