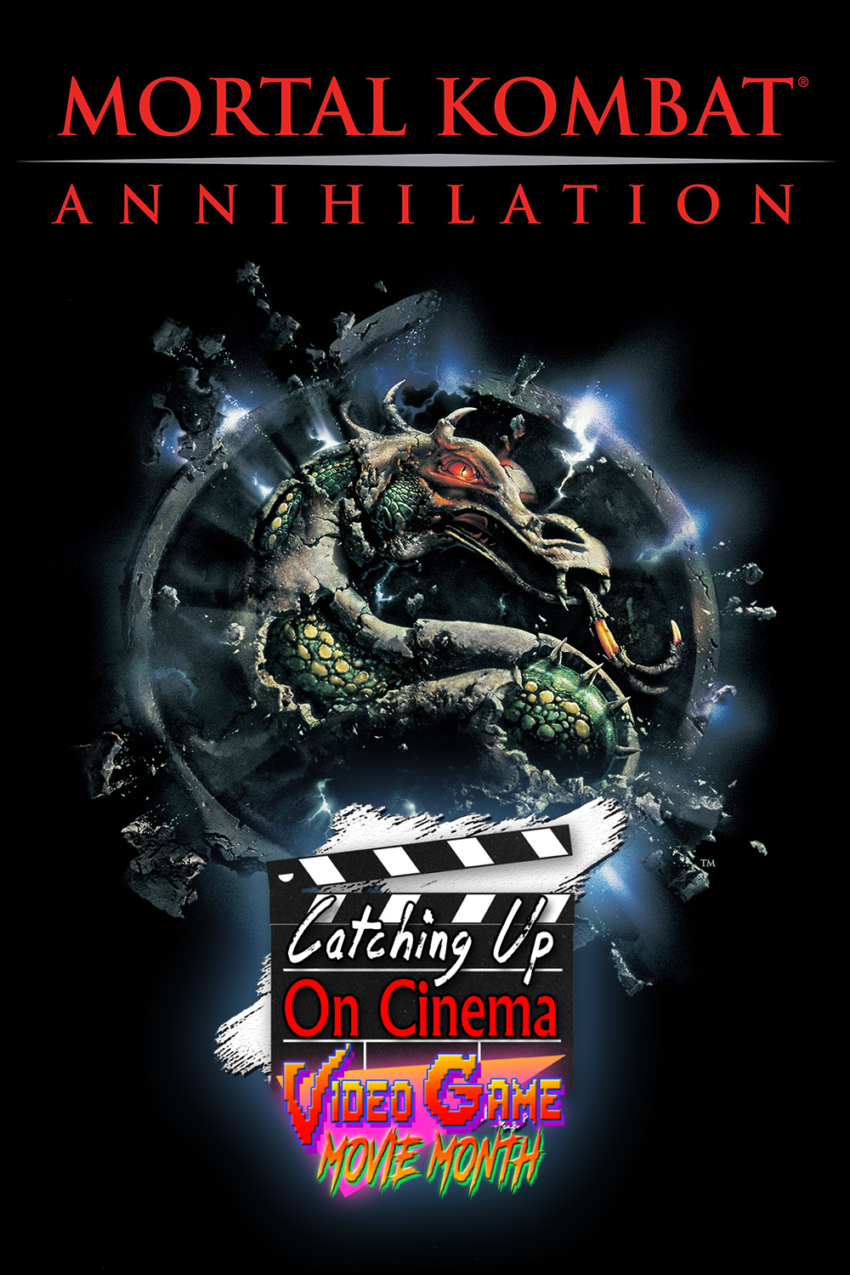 In the final installment of Catching Up On Cinema’s Video Game Movie Month, Kyle and Trevor once again invite Kyle’s brother Nik to assist them in reviewing John R. Leonetti’s, Mortal Kombat Annihilation (1997)!

Featuring Robin Shou and Talisa Soto as the only 2 returning cast members from the first film, MK Annihilation is a lackluster sequel that utterly fails to measure up to the charm and visual flair of the original.

Overstuffed with lazy and inaccurate renditions of the franchises’ core characters, the film is perhaps most noteworthy for it’s meme worthy, cringe inducing dialogue, and absolutely horrendous (and overutilized) CGI character animation.

Good for a laugh with friends, the film is otherwise without value outside of serving as an early showcase for the talents of future stunt kings Ray Park and JJ Perry.