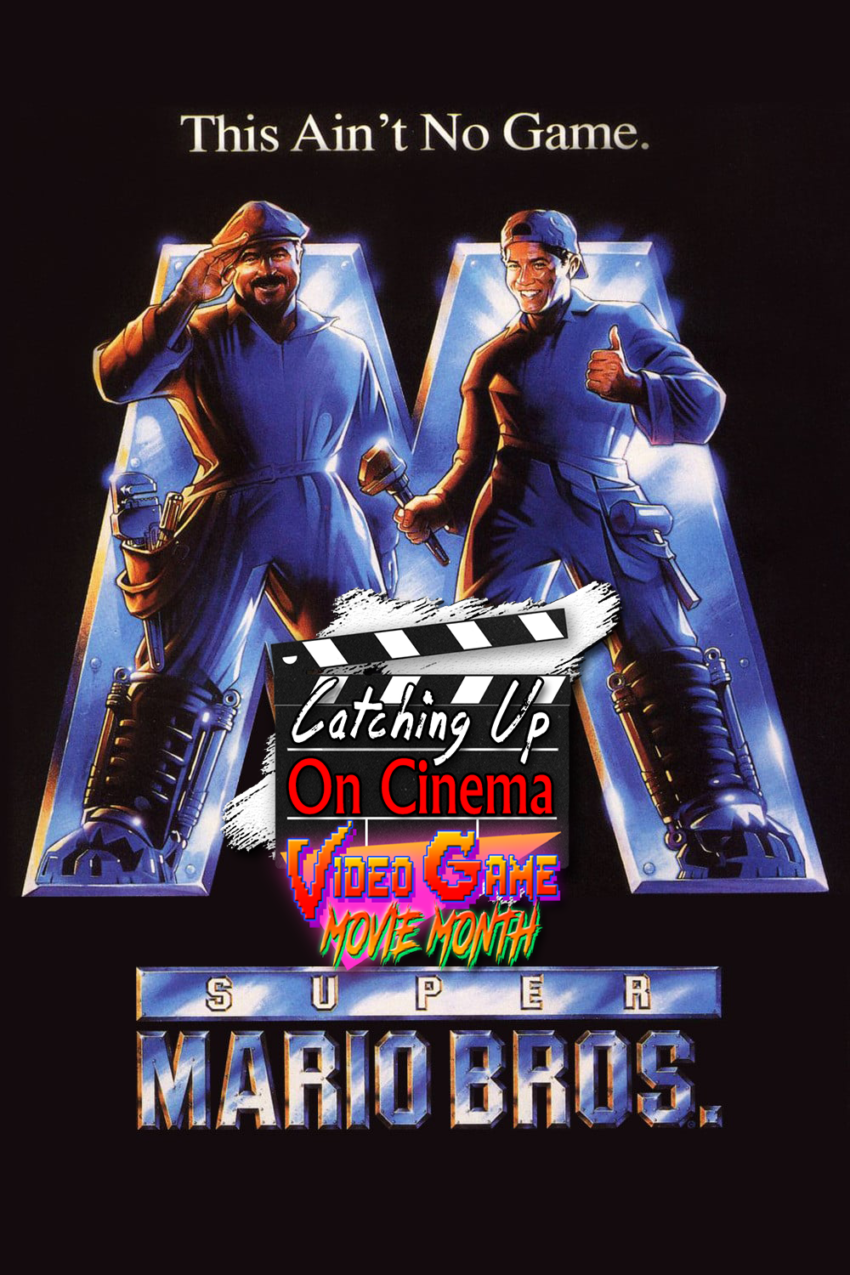 In this installment of Catching Up On Cinema’s Video Game Movie Month, Kyle and Trevor are joined by SteampunkLink and Emmy Zero from the SNEScapades podcast in reviewing Super Mario Bros. (1993)!

A historically troubled production, resulting in most of the cast and crew having nothing but awful things to say about the directors, the film is (unsurprisingly) a grossly uneven experience from start to finish.

With solid sets and production design, as well as state of the art morphing effects and animatronic puppetry, the film occasionally springs to life on a purely visual level, but ultimately fails to engage.