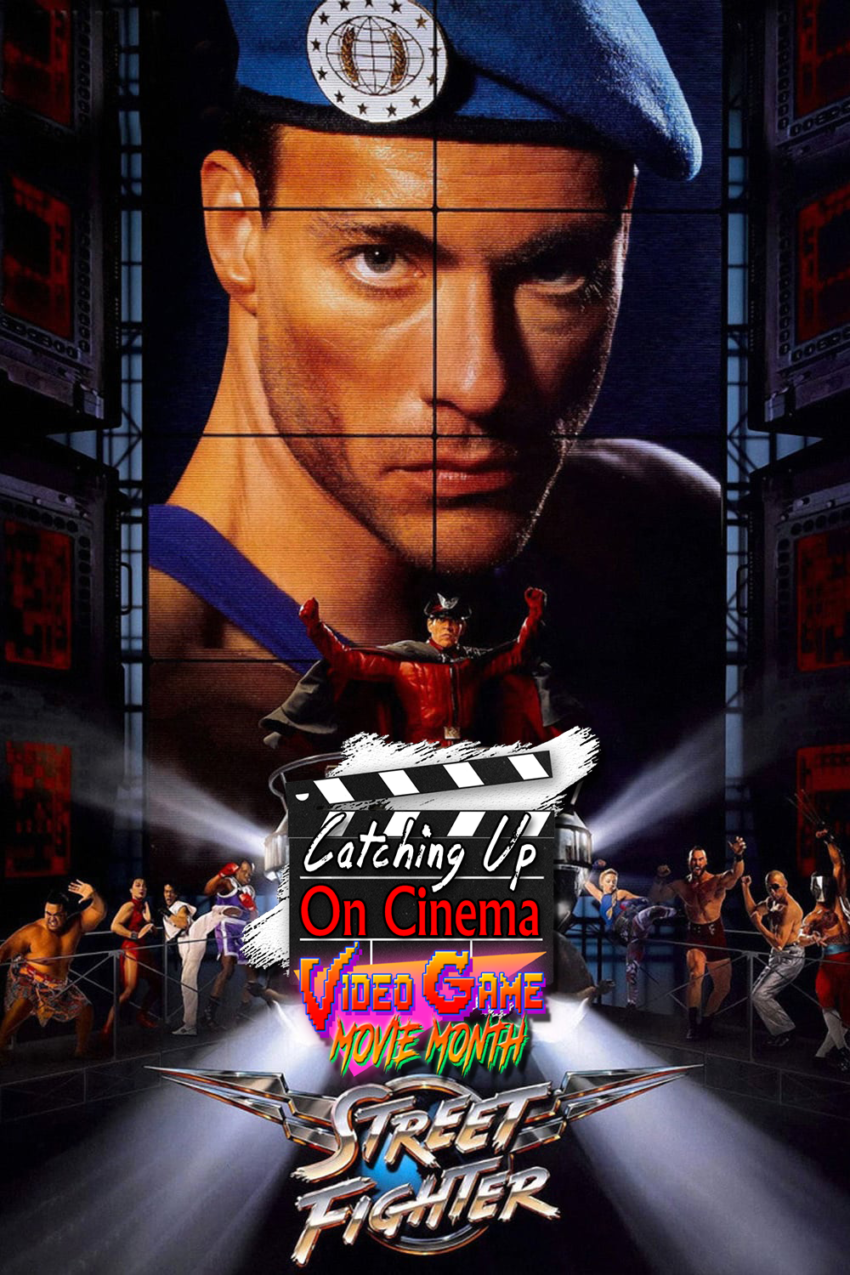 In this week’s installment of Catching Up On Cinema’s Video Game Movie Month, Kyle and Trevor are once again joined by Matt in reviewing Steven E. de Souza’s Street Fighter (1994)!

An energetic, albeit loose; adaptation of the wildly popular Capcom fighting game series, the film often bears a stronger resemblance to Hasbro’s G.I. Joe franchise rather than it’s source material.

A fairly handsome and surprisingly well structured film in spite of a producer’s mandate requiring all 16(!) of the playable characters from the game being featured in it, the movie’s legacy finds it resting securely in the “not bad” category of video game films.

Starring Jean-Claude Van Damme at the height of his box office appeal (and cocaine habit), and Raul Julia, in his final performance before his untimely death, the film ultimately serves as a poor exhibition of the former’s talents, and a memorable and bombastic farewell for the latter.