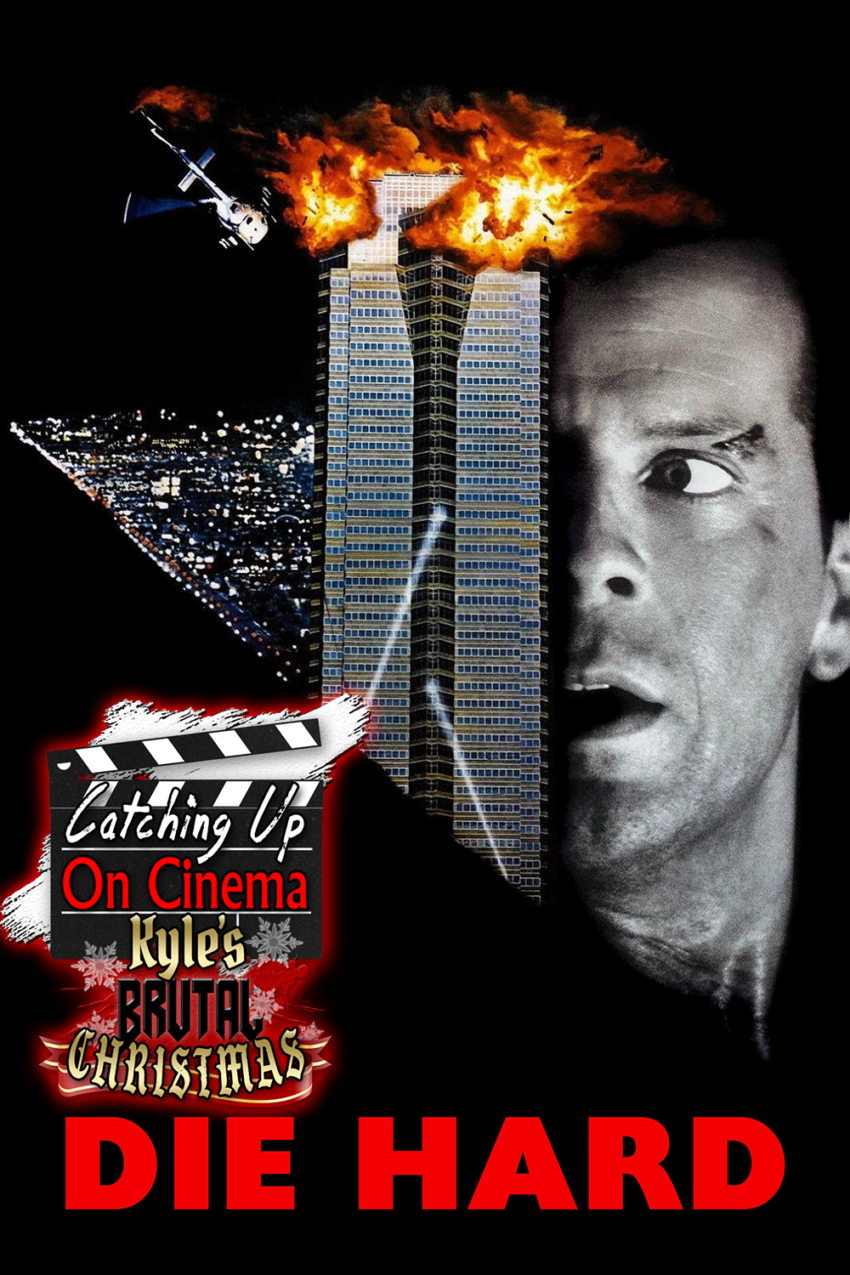 In this, the final installment of Catching Up On Cinema’s “Kyle’s Brutal Christmas” event month, Trevor and Kyle are joined by the latter’s brother Nick in reviewing the gold standard of 80’s action cinema, Die Hard (1988)!

Directed by John McTiernan, the film is one of the most popular and well known action films in the history of the genre, such that it has received a whole host of sequels and loosely affiliated videogame adaptations, inspired countless imitators, and indeed served as the progenitor of the “Die Hard In A…” subgenre.

Popular among Millenials as a sub-ironic choice for “Favorite Christmas Movie,” Die Hard is a essentially a modern cultural institution, one that is perhaps rapidly approaching A Christmas Story levels of super saturation in the public consciousness.

Regardless of HOW one appreciates Die Hard, at the end of the day the film is a sleek and deftly constructed thriller of the highest caliber, with no expense spared in any single area of it’s production, be it writing, lensing, or structure and editing.

Christmas movie or not, (it is) long after our generation inevitably over commercializes, overanalyzes and intellectualizes it into oblivion and out the public consciousness, Die Hard will endure.

Die Hard is undeniable, and deserving of even more praise than I’m capable of expressing.