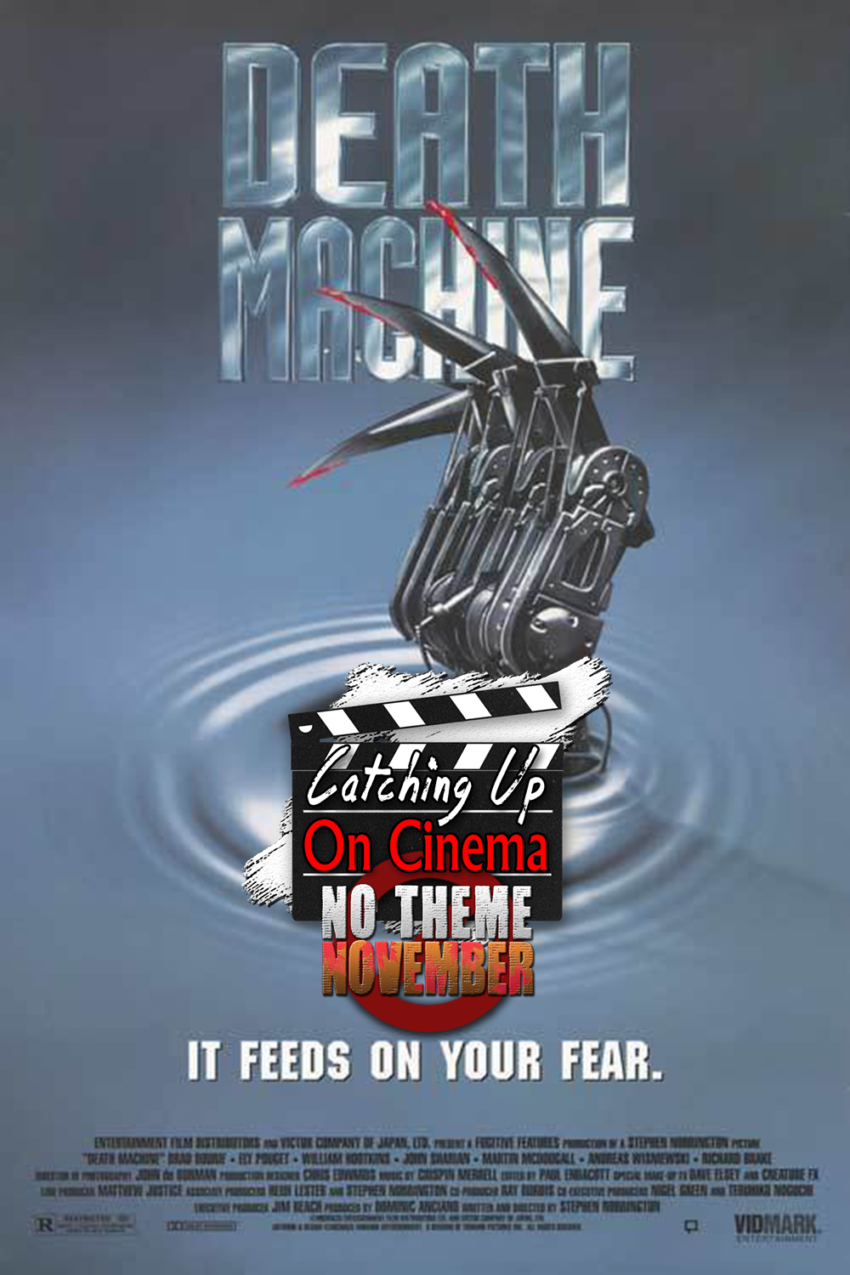 In the final installment of Catching Up On Cinema’s No Theme November event month, Trevor subjects he and Kyle to Stephen Norrington’s writing and directorial debut, Death Machine (1994)!

A low budget, but largely competent sci-fi horror flick from the man that later helm Wesley Snipes’ Blade (1998), the film serves as an enjoyable slice of cyberpunk nostalgia.

Packed to the gills with veteran character actors and explicit references/homages to titans of the genre, chief among which being Aliens and Terminator, Death Machine wears it’s influences on it’s sleeves with childlike glee and exuberance.

Hardly a brilliant directorial debut, but an enjoyable one for those that share the director’s love for the many (better) films that would serve to inspire him.