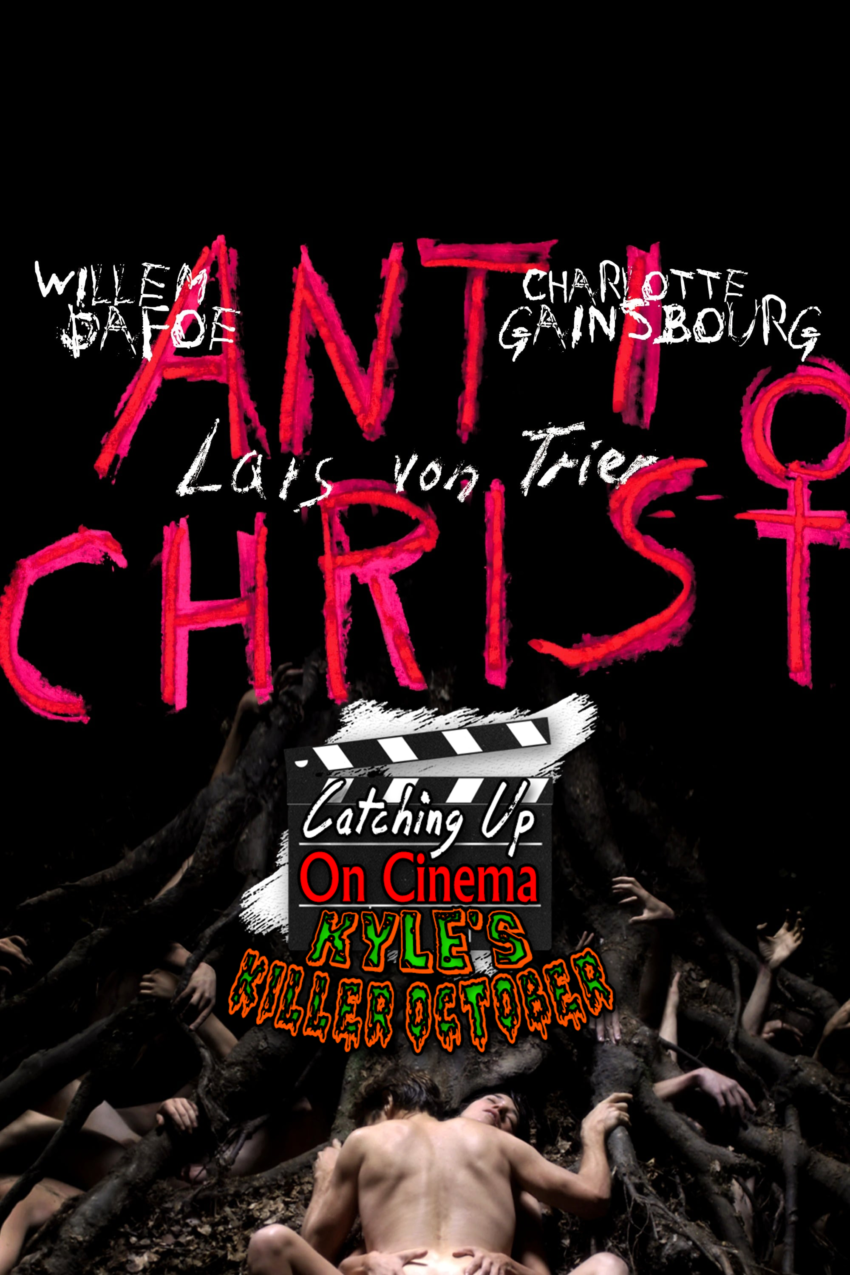 In the final installment of “Kyle’s Killer October”, Kyle serves us a heaping mound of Danish arthouse in the form of Lars Von Trier’s Antichrist (2009)!

Officially classified as “experimental psychological horror”, the film represents a deliberate attempt on the part of the enigmatic filmmaker to create a true horror film.

Starring Charlotte Gainsbourg and Willem Dafoe as a married couple that have recently lost their infant son, the film is a visceral and highly visual exploration of grief, pain and despair.

An intensely personal exploration of his own anxieties and depression, the film is deeply rich and allegorical, but only truly known to the writer-director himself.