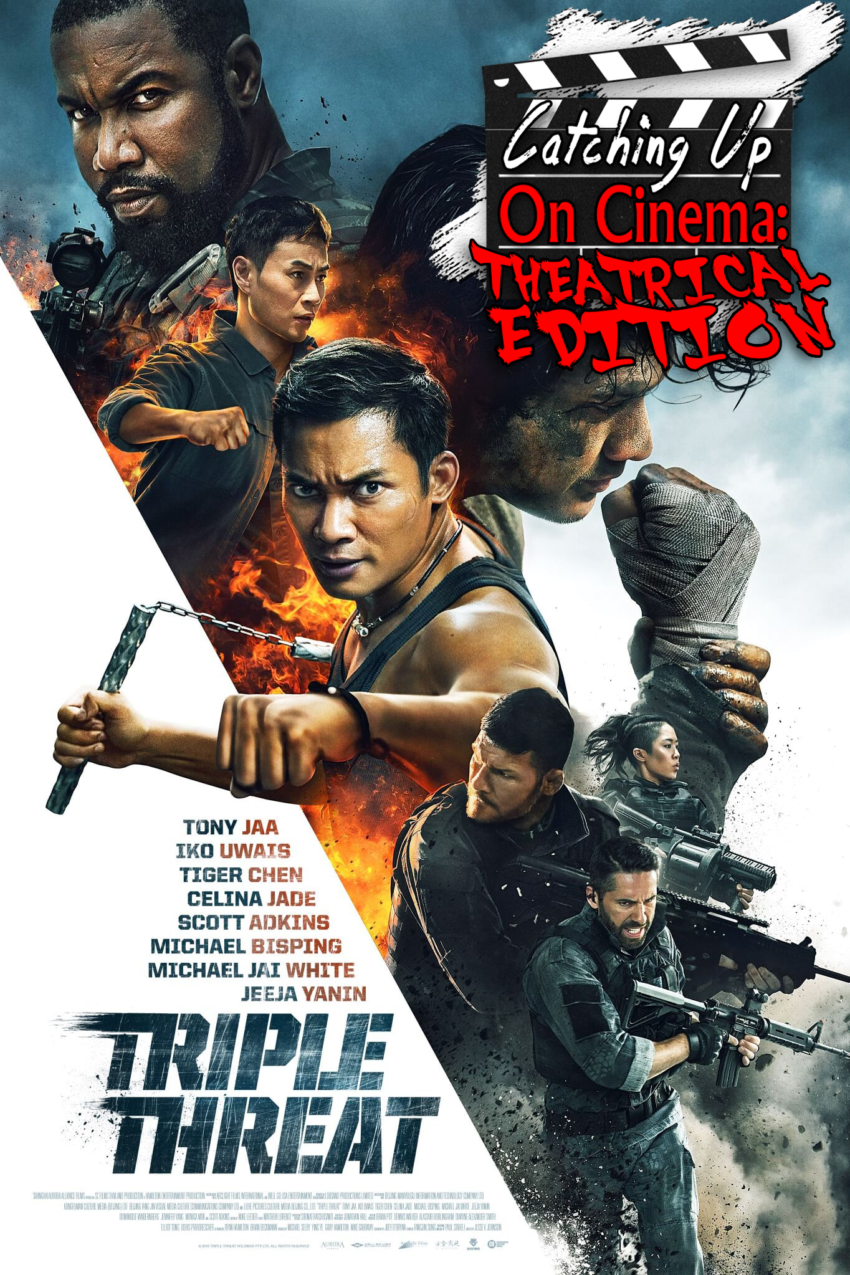 We interrupt our month of Irish films for a very special, impromptu, Theatrical Edition of the show!

In this very special episode of the podcast, Trevor takes his brother to go see the one-night-only, martial arts action extravaganza, Triple Threat (2019)!

Directed by Jesse V. Johnson, choreographed by Tim Man, and featuring a who’s who of martial arts and action stars, the film has been at or near the top of Trevor’s most anticipated films list since it’s announcement a couple of years ago.

While the brothers are somewhat critical of the film, it needs to be said that the critiques come from a place of love and appreciation.

While not a perfect film by any means, the novelty of seeing Scott Adkins, Tony Jaa, Iko Uwais, Tiger Chen, Michael Jai White, Jeeja Yanin, Michael Bisping, Ron Smoorenburg, and Dominique Vandenberg onscreen, beating the hell out of each other, is dream come true kind of stuff for an action fan like Trevor.